By the time I moved to Rochester in ’98 Midtown Plaza was well past it’s prime. Major retailers had moved to the newer and arguably nicer malls in the suburbs. Much of the plaza was vacant and the stores that remained weren’t exactly draws. Although times were tough the atmosphere at the mall changed during the holiday season. Midtown Plaza filled with families. Both parents and children downright giddy to be in Downtown Rochester, visiting Midtown Plaza. The draw, however, wasn’t shopping. During the holiday season Midtown Plaza transformed into a magical place. There was a monorail which children could ride, a massive Christmas tree, and Santa of course. Combined with the permanently installed Clock of Nations, which felt oddly as though it were a member of the holiday installations, the main hall of the mall was a veritable holiday wonderland. Sure the mall had seen better days but there was something unmistakably special about the holiday installations. Midtown Plaza closed its doors shortly after the 2007 holiday season. 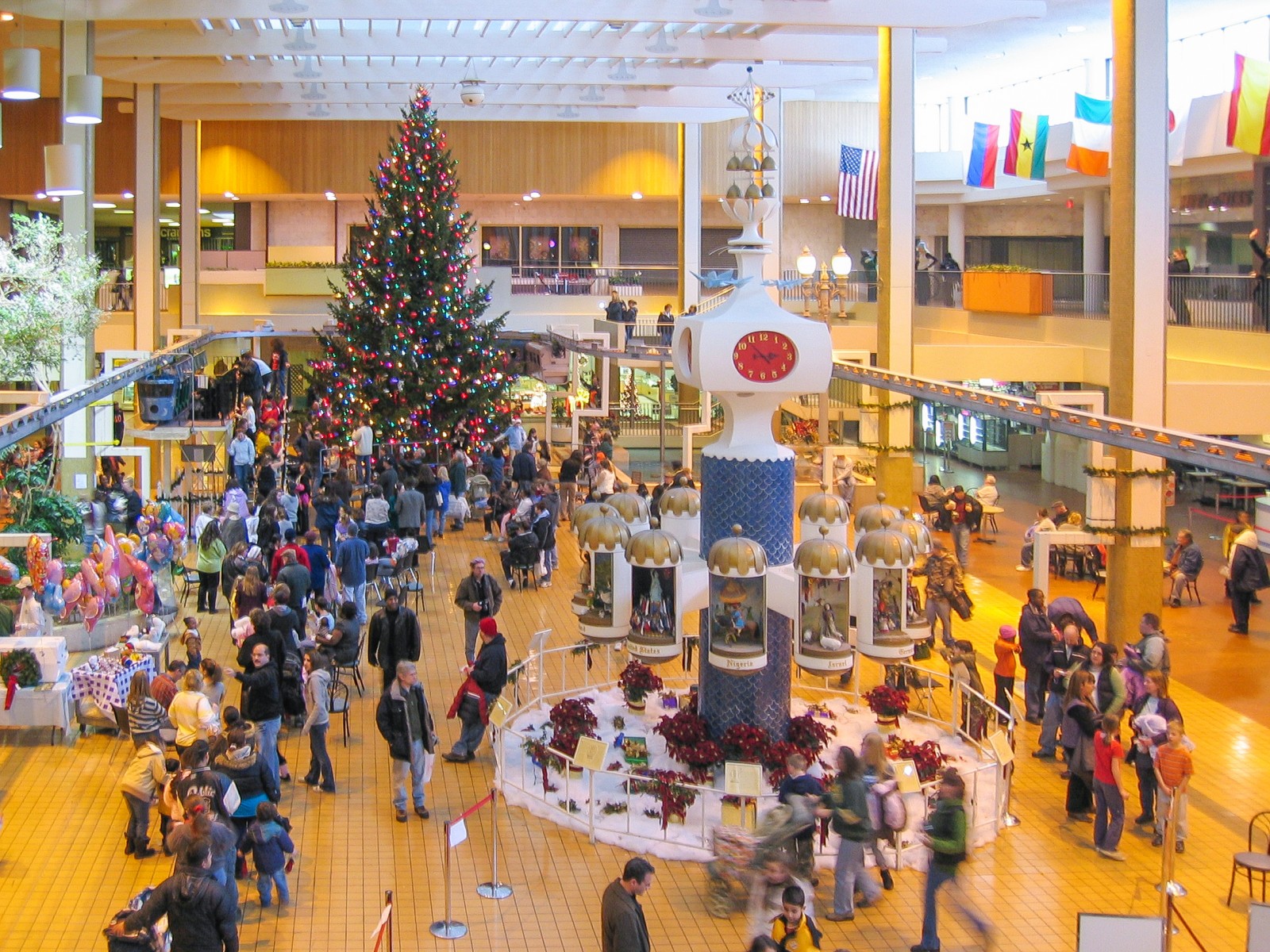 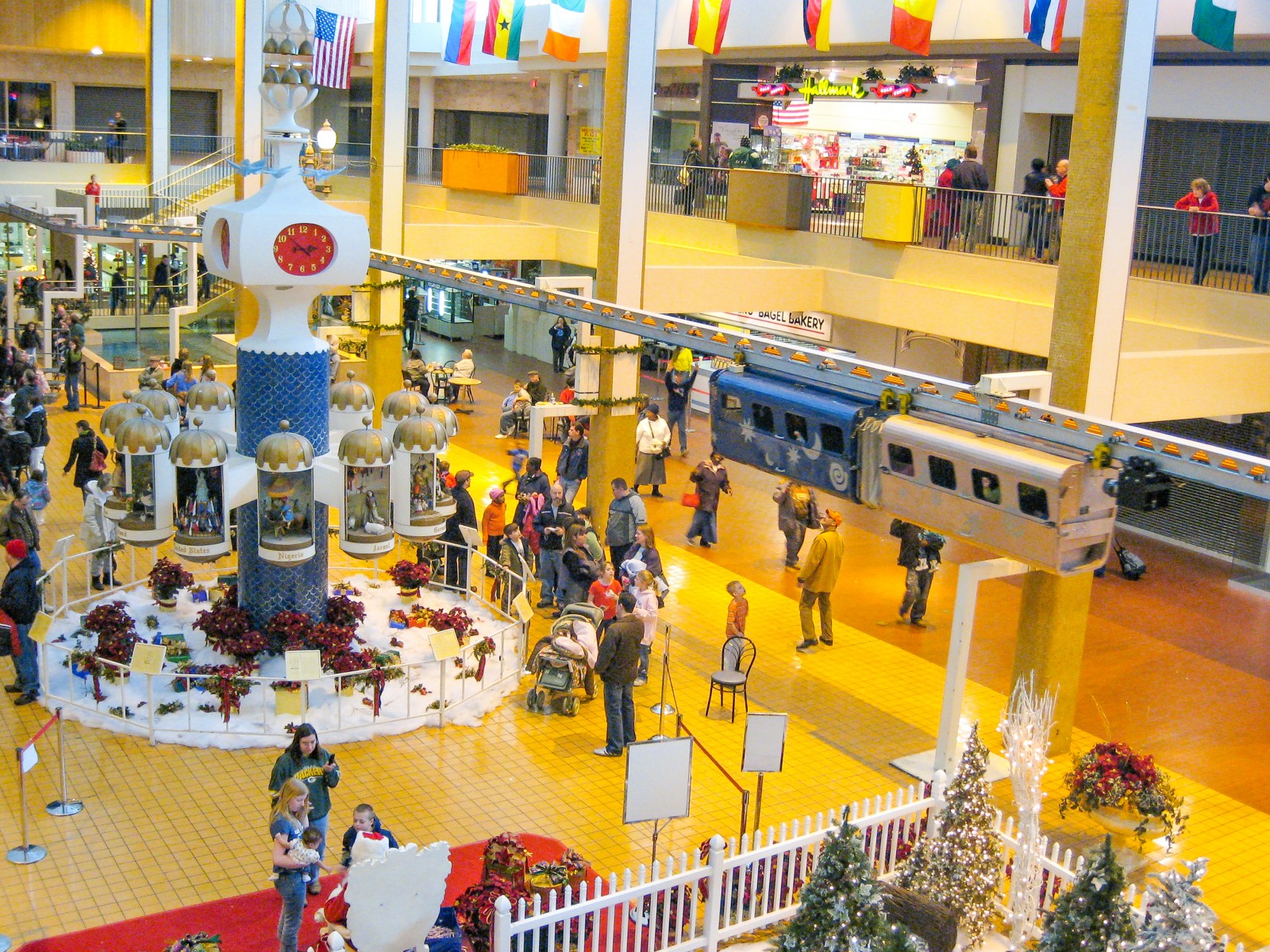 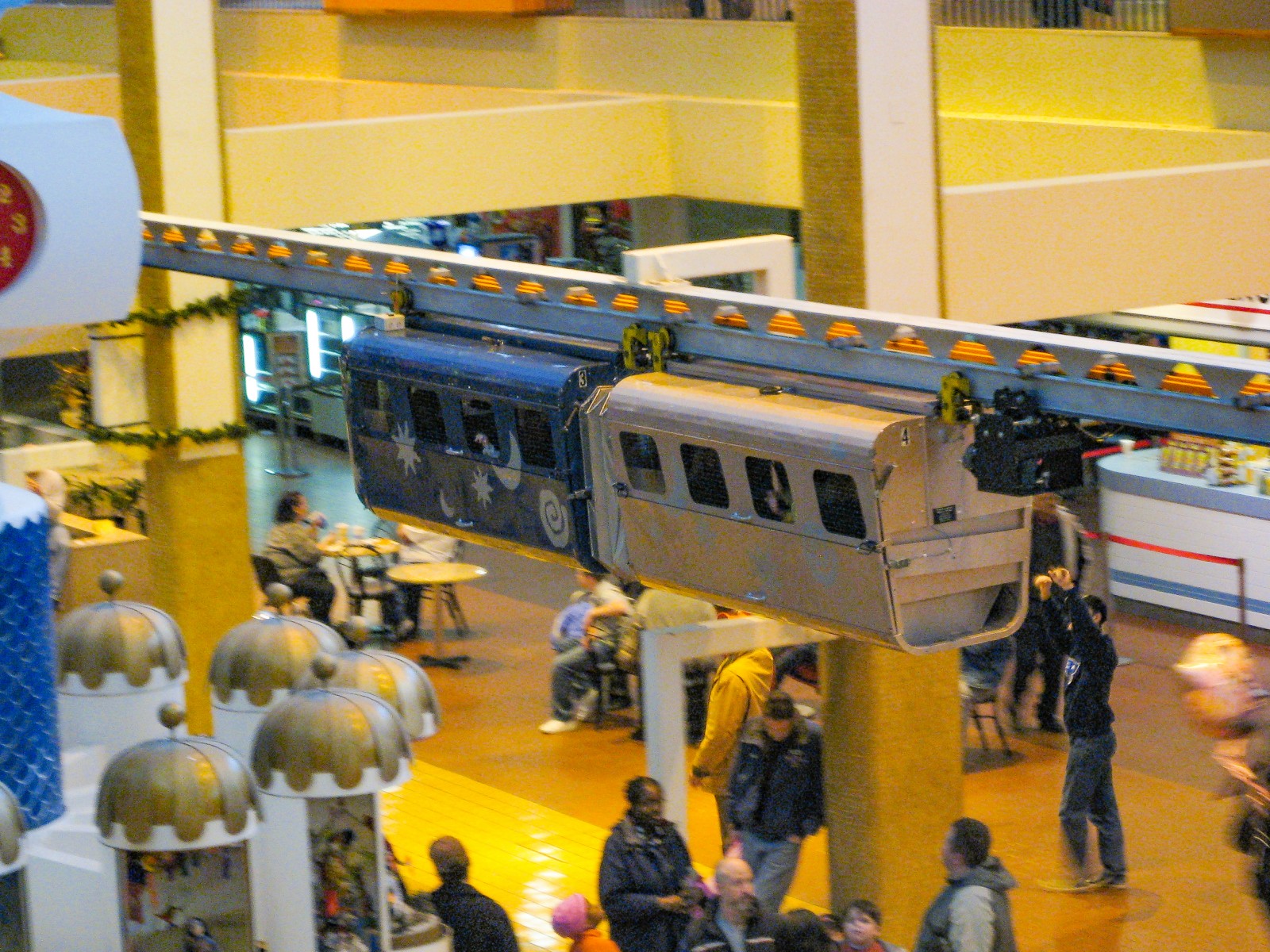 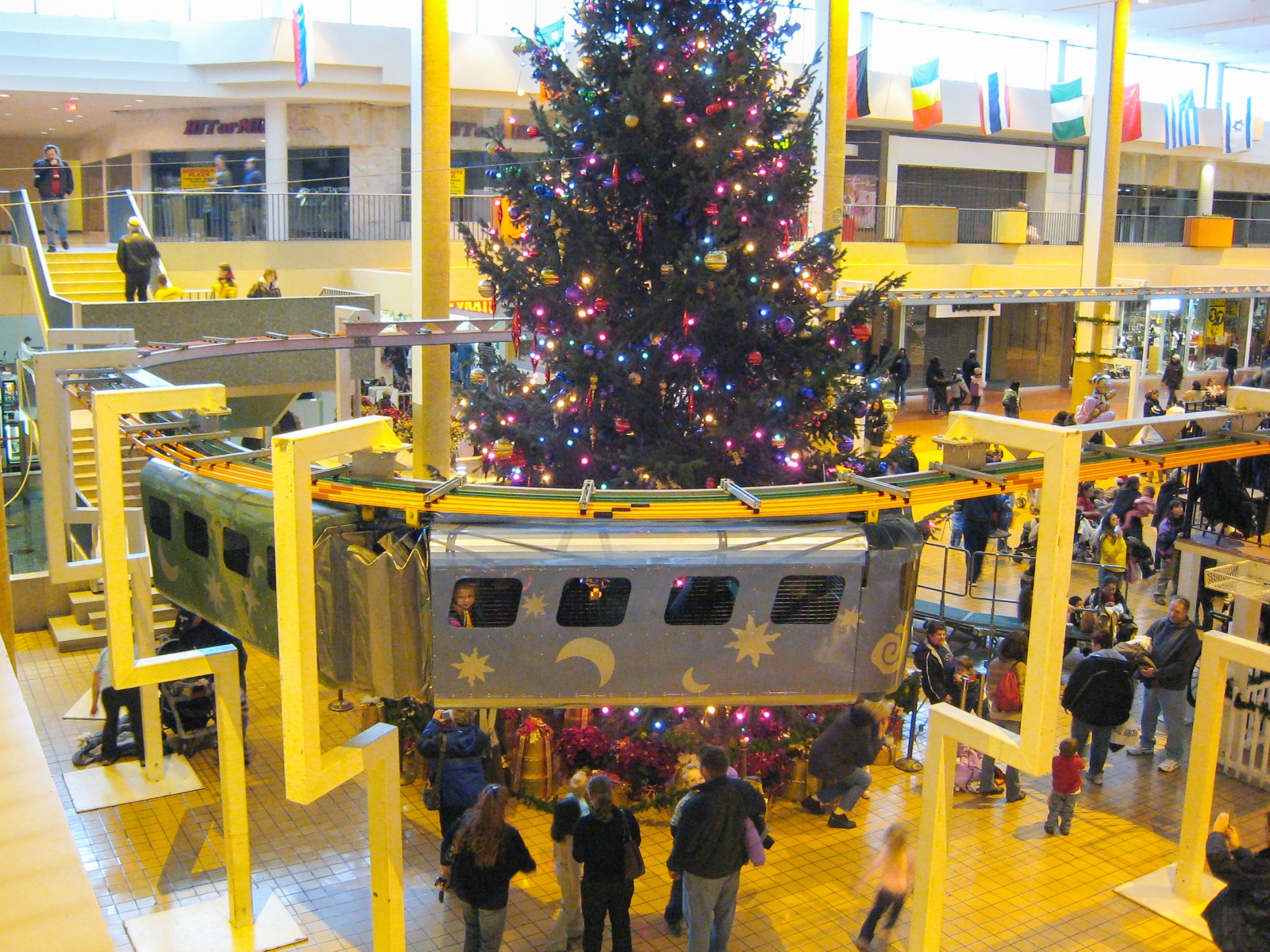 The last time children were able to ride the Christmas Monorail was 2007 — the final year of operation for Midtown Plaza. After Midtown Plaza closed in 2007 the City of Rochester placed the monorail in long-term storage. In 2018 the city of Rochester donated two cars and a section of track to the New York Museum of Transportation. Those cars are now part of the museum’s permanent collection. Unfortunately it was not possible to place the entire monorail back in service due to the age of the electrical system and the inability to insure the train for passengers. The monorail was incredibly well maintained and despite its age it was in excellent condition through its last season of use.

The Clock of Nations was saved from Midtown Plaza’s demolition. The clock underwent a much needed cleaning and minor restoration before being placed on display in the Rochester International Airport. The clock was originally slated to be moved to the Golisano Children’s Hospital upon completion of construction, but in 2016 it was announced that the clock of nations would remain on display at the Rochester International Airport indefinitely. It currently sits inside the security checkpoint of the main concourse.

In 2018 the City of Rochester brought back a little bit of holiday magic by introducing the ROC Holiday Village. The ROC Holiday Village takes place at Manhattan Square Park in Downtown Rochester and features holiday shops and food vendors on weekends in December. It opens on the Friday before the Liberty Pole lighting, which typically takes place on the first Saturday in December. If you want to kick off the holiday season in style, attend the Liberty Pole lighting ceremony and then march in the holiday parade that follows. The parade culminates at the new ROC Holiday Village!

«An Open Letter to the Genesee Brewing Company -- Save 13 Cataract Street New York City From 10,000 Feet »