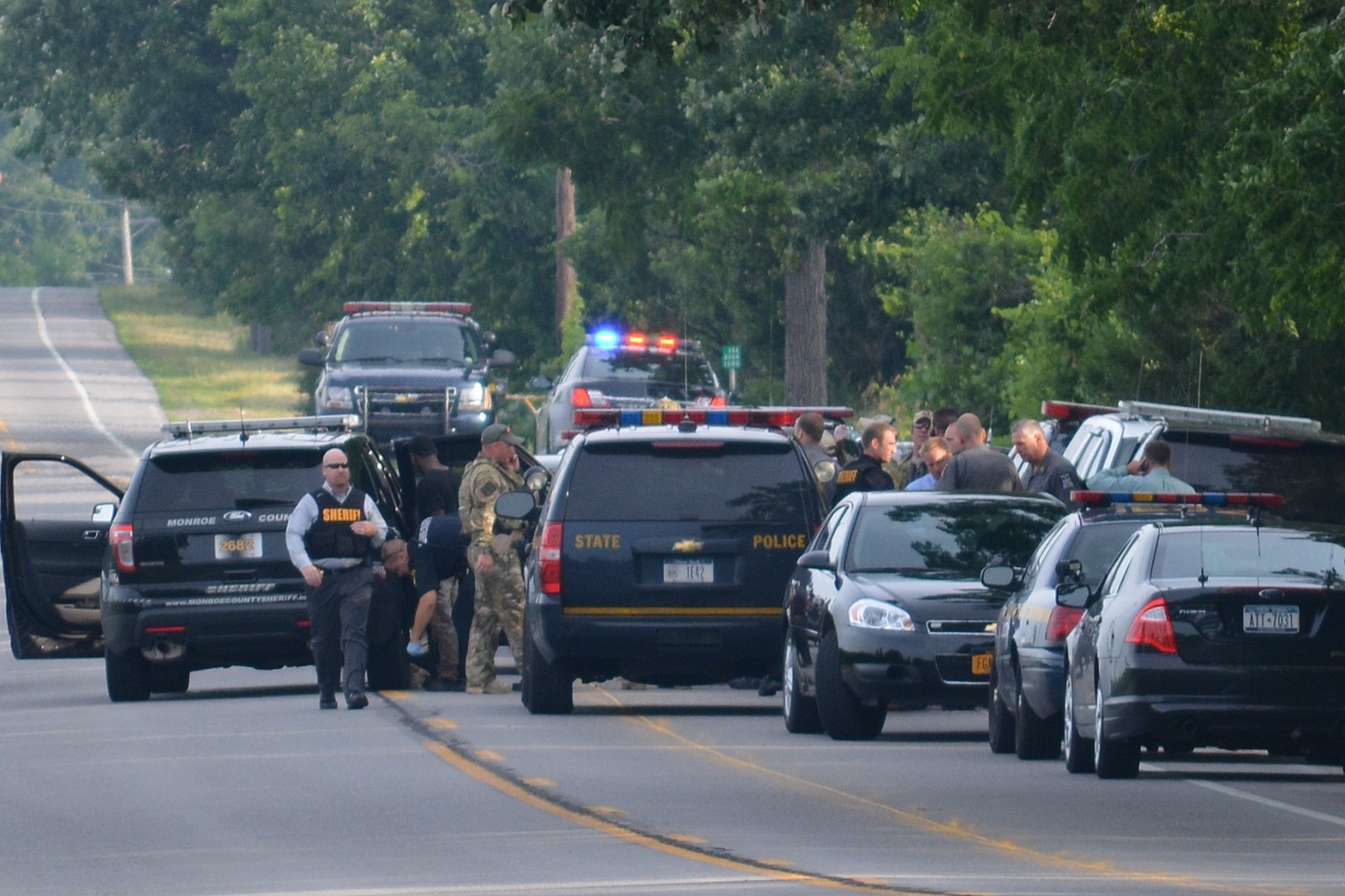 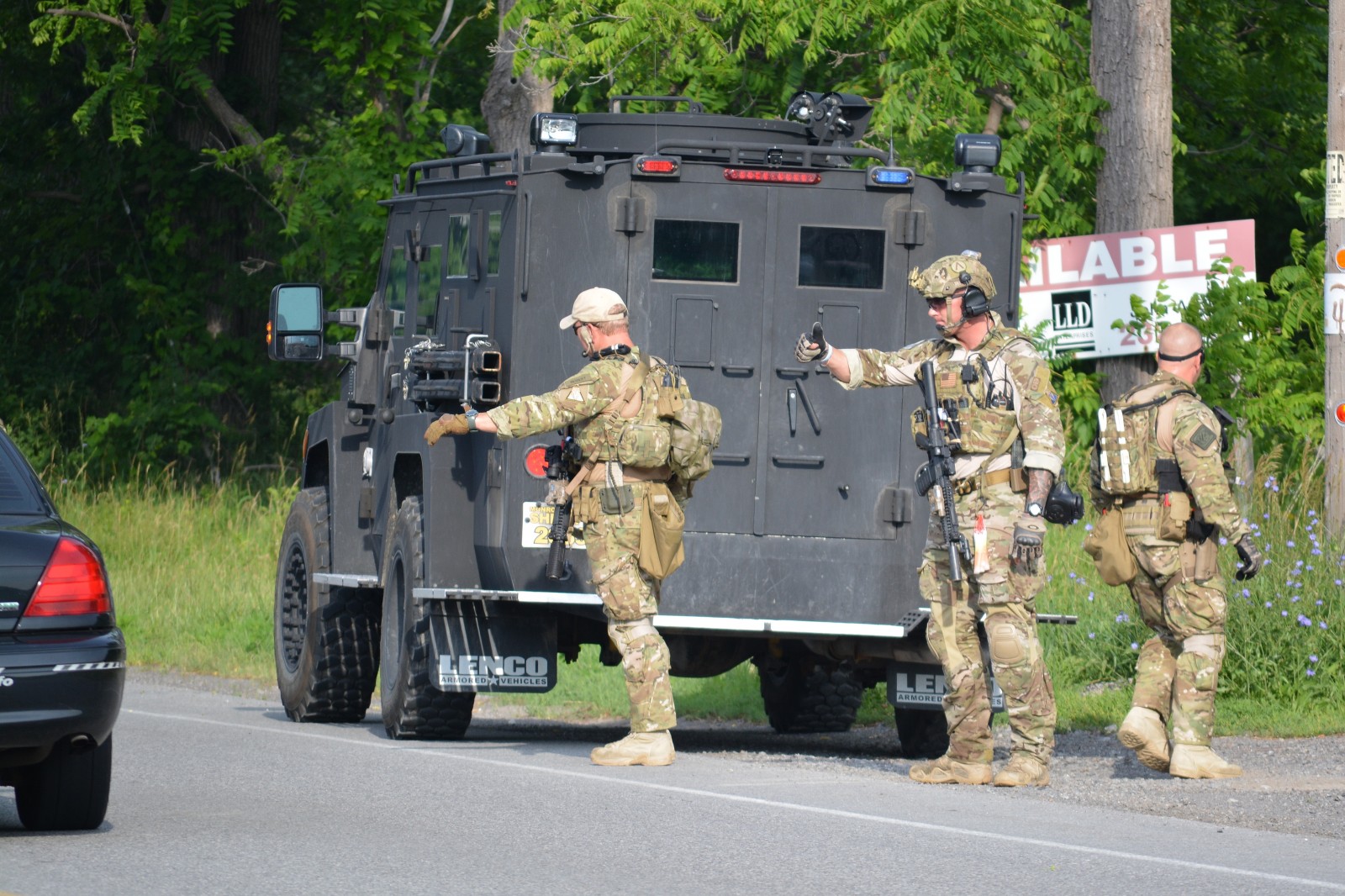 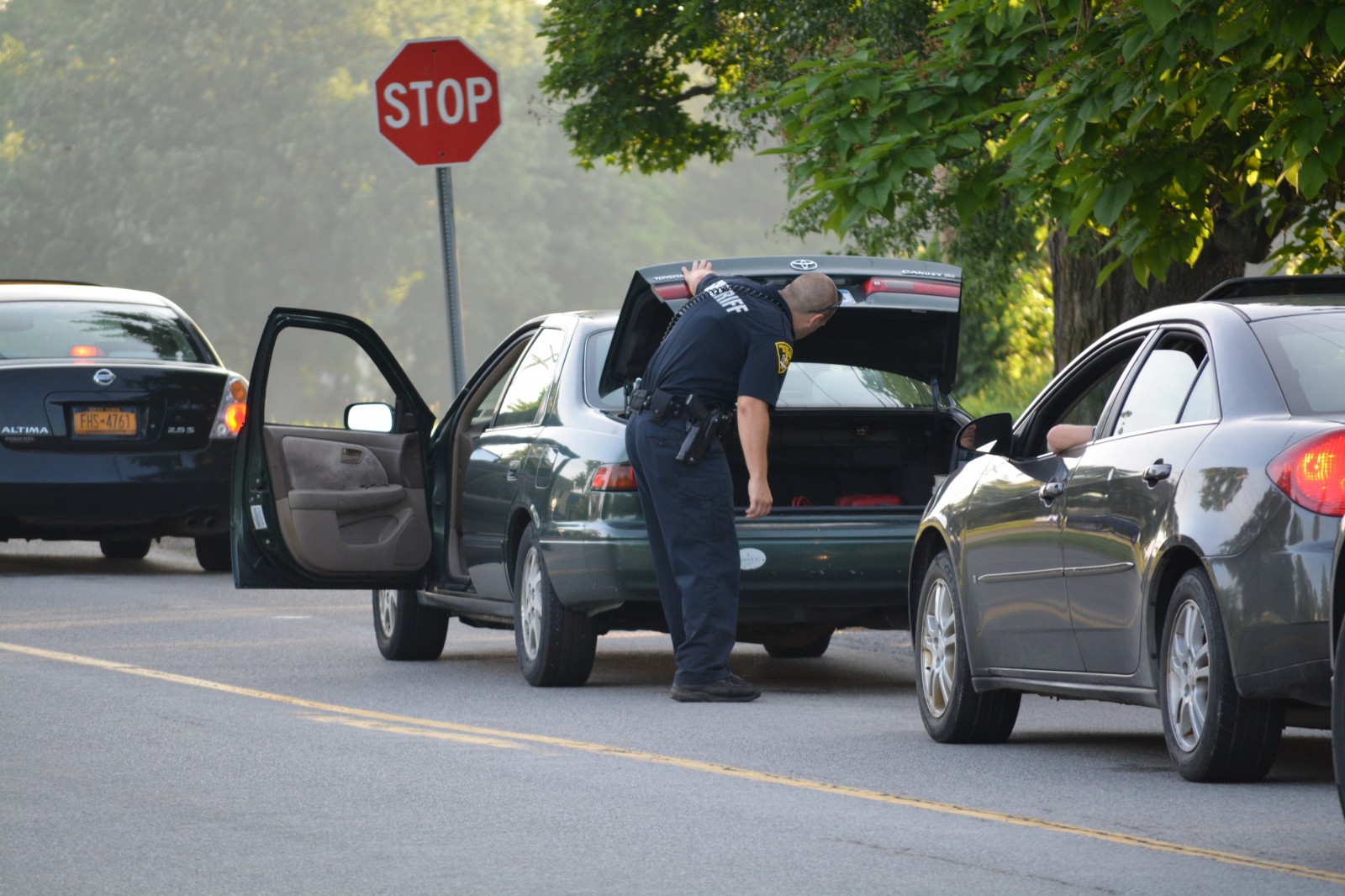 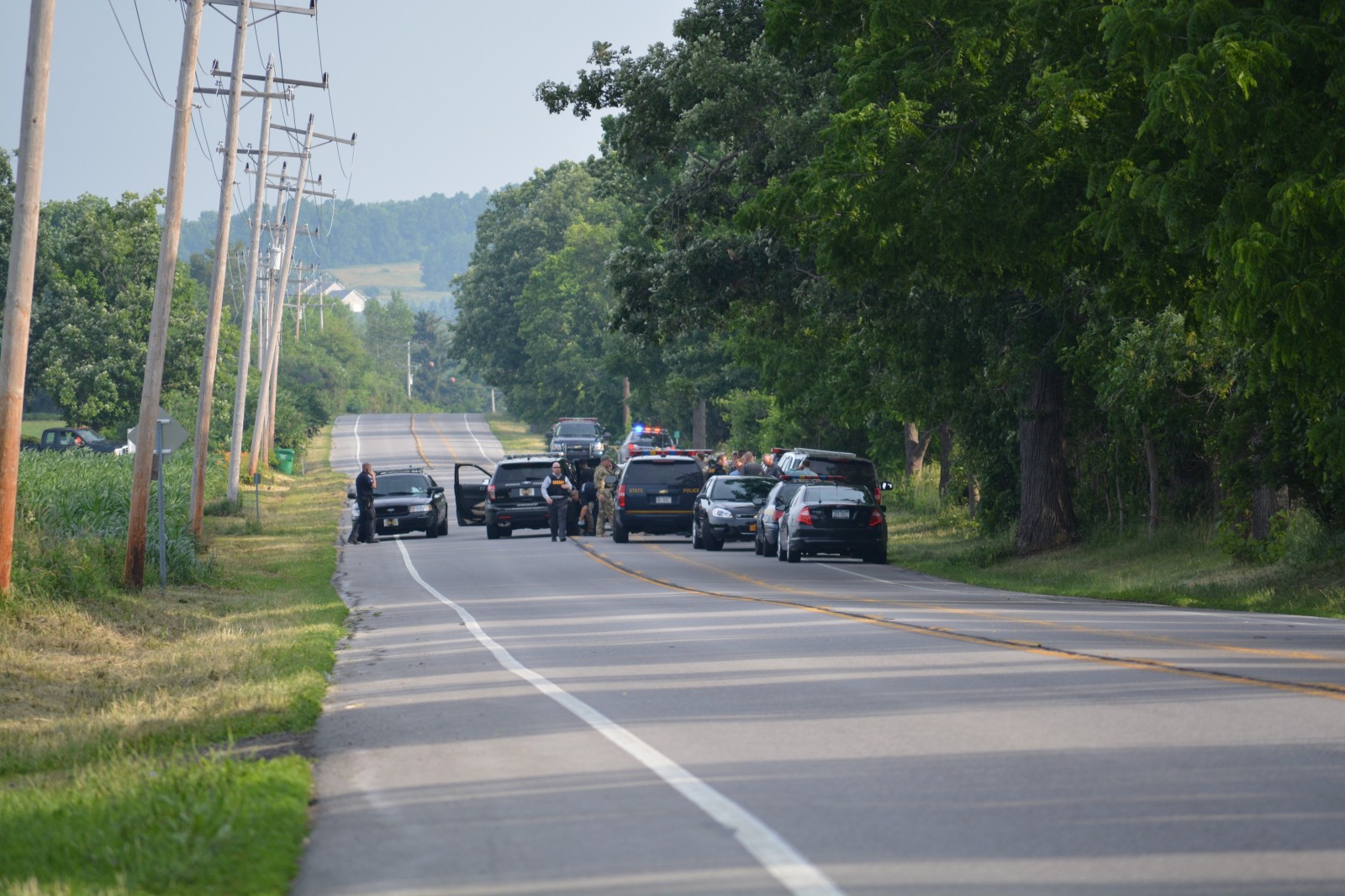 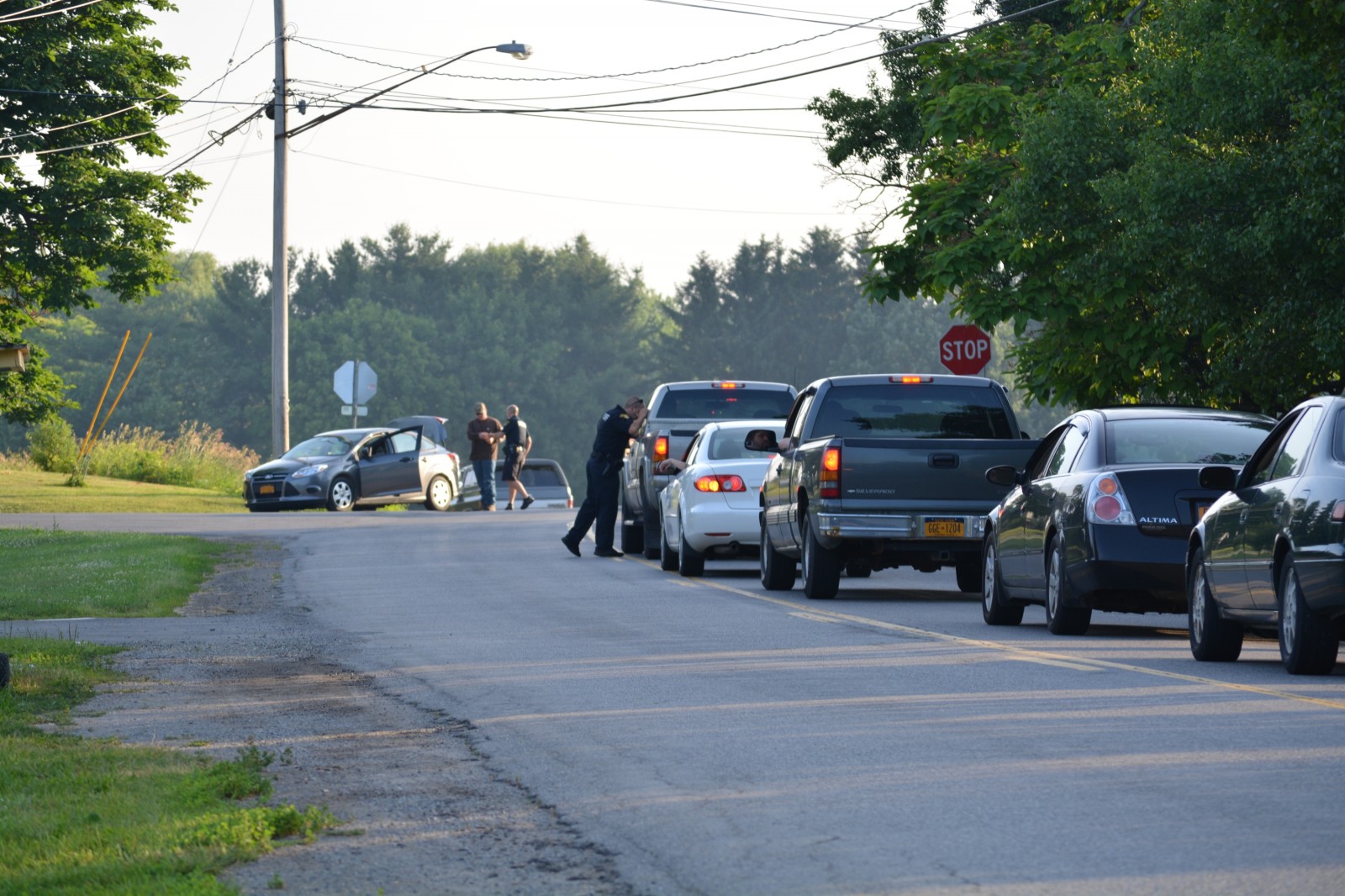 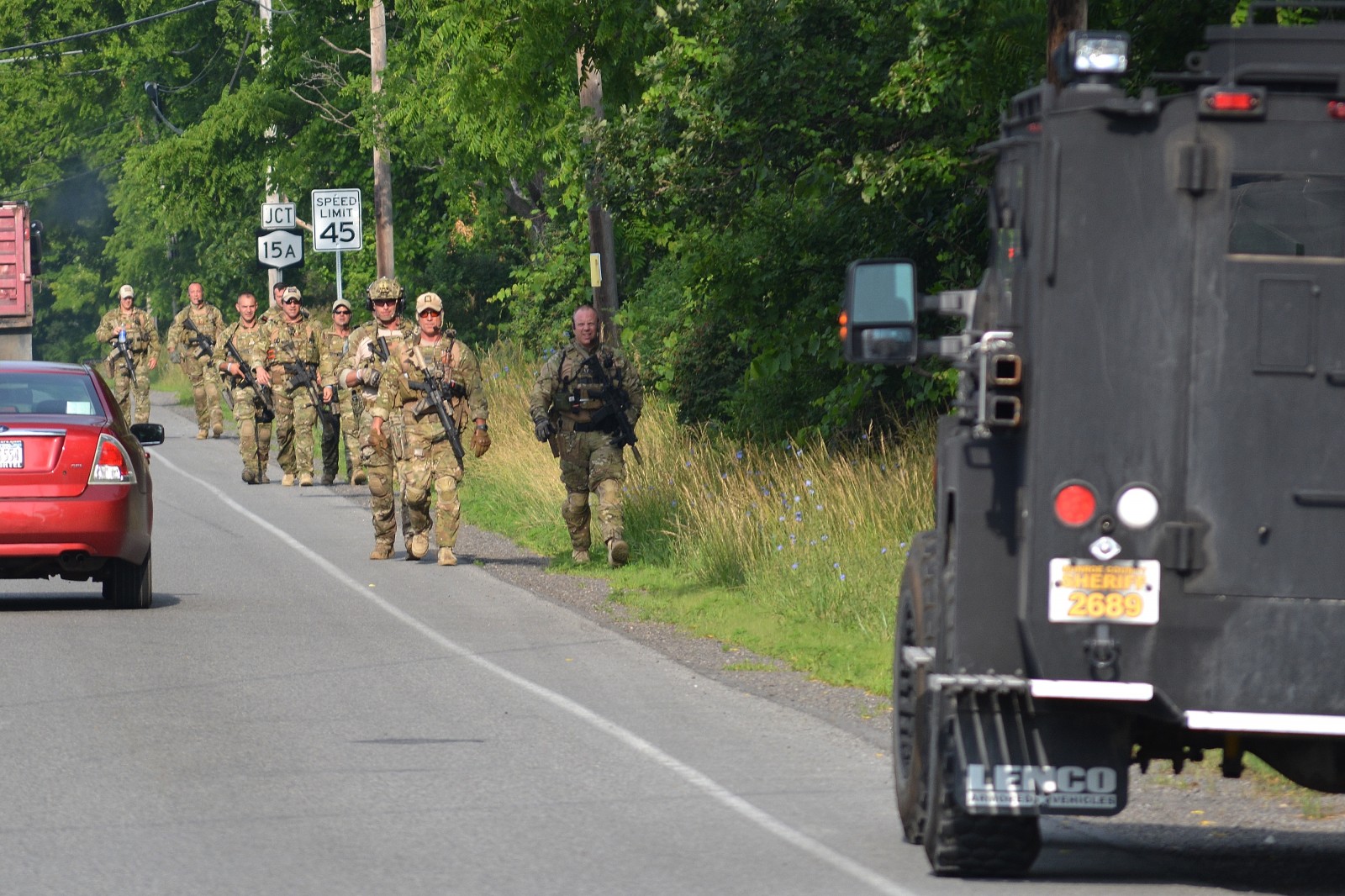 Here are some exclusive photos of the manhunt and arrest that was conducted in Lima & Honeoye Falls this morning, following a shooting in Bath, NY.

No one expects to wake up to a manhunt in their front yard, yet that’s exactly what happened to us today. During the early morning hours, suspects wanted in connection to a shooting in Bath, NY abandoned their vehicle in Lima and took off on foot. Police set up road blocks around the area and deployed SWAT teams to conduct a massive manhunt. Local authorities conducted vehicle searches and closed roads throughout the morning while searching for the suspects. Thanks to a civilian report, the suspects were eventually apprehended ~2 miles from the site where they abandoned their vehicle. The suspects were apprehended without any additional bloodshed.