I Did It! 106 Awesome Miles Of The NYC Century!

By Chris Schiffner on September 10, 2012
A guy with a parrot on his shoulder 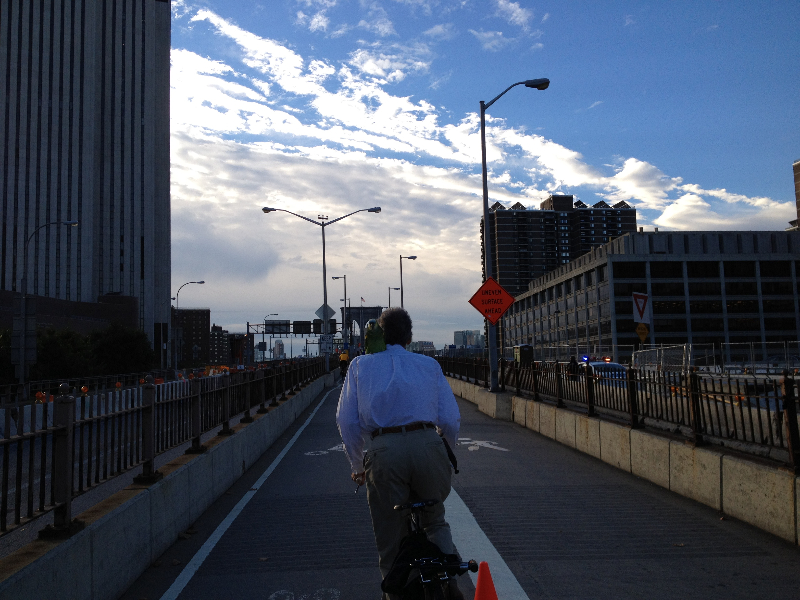 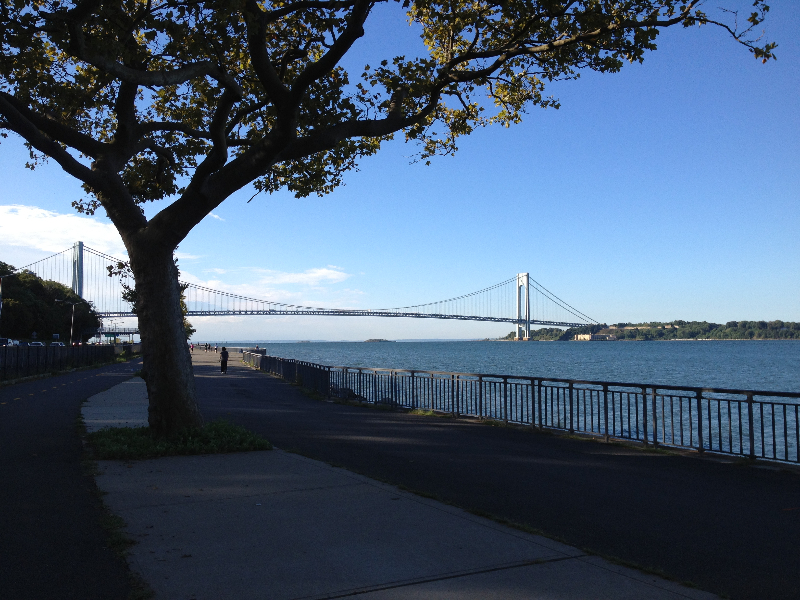 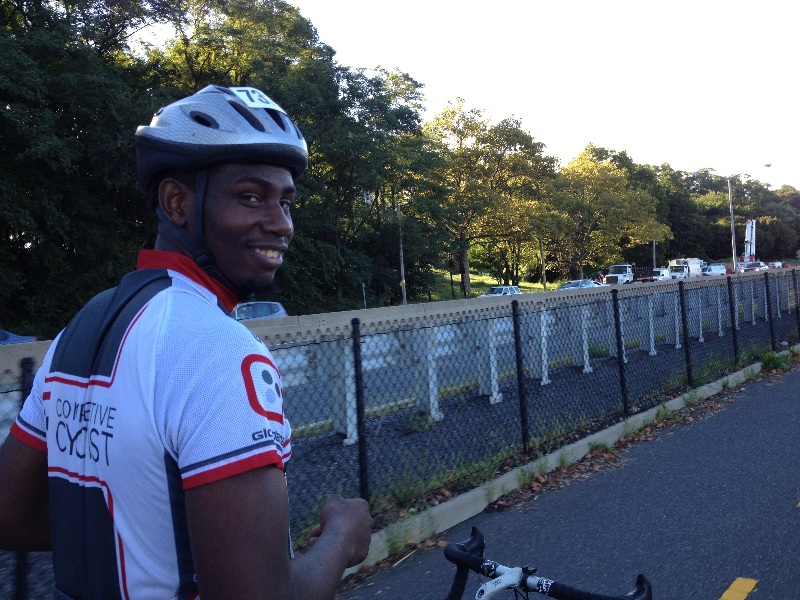 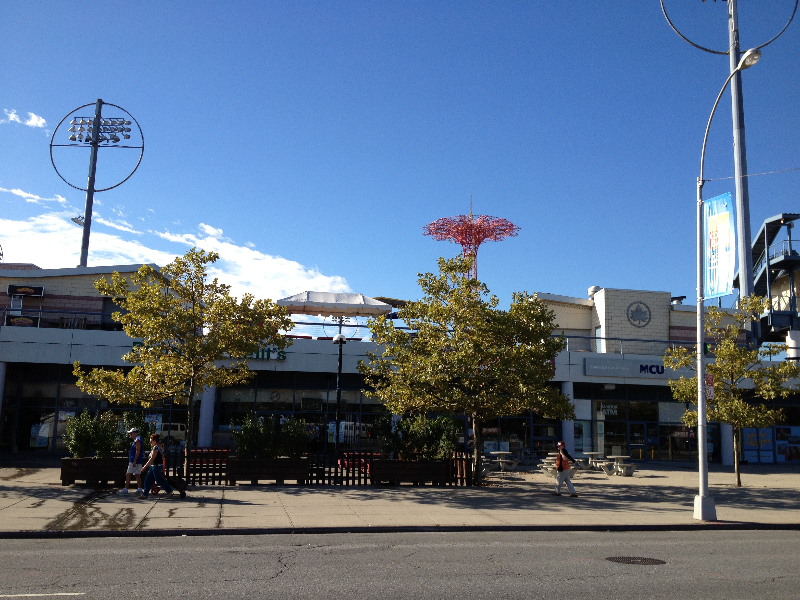 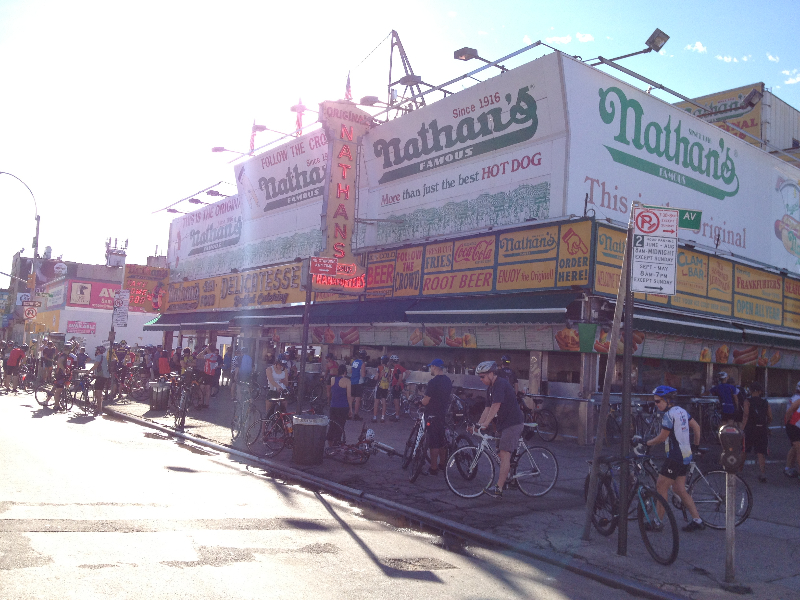 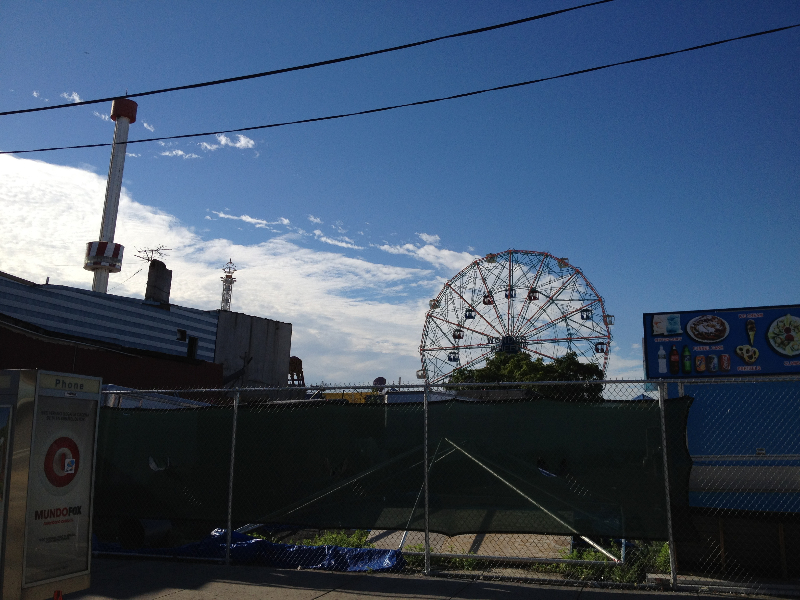 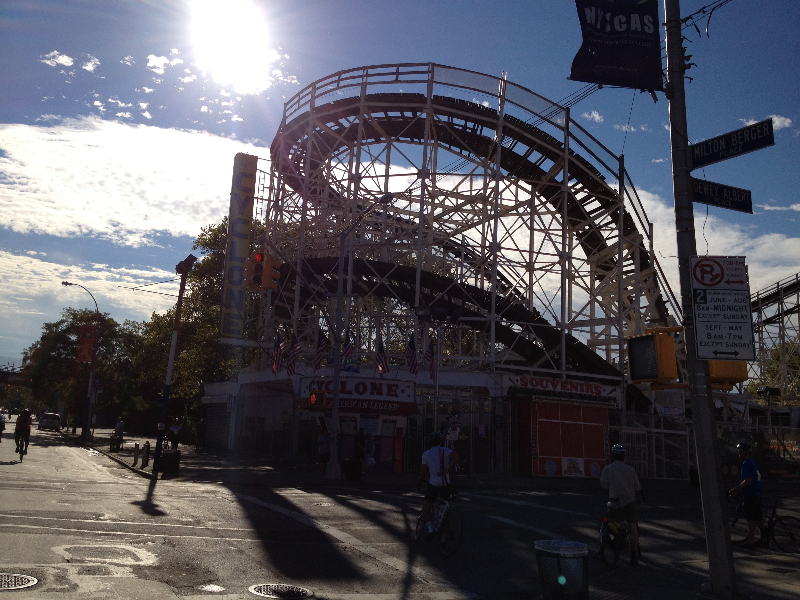 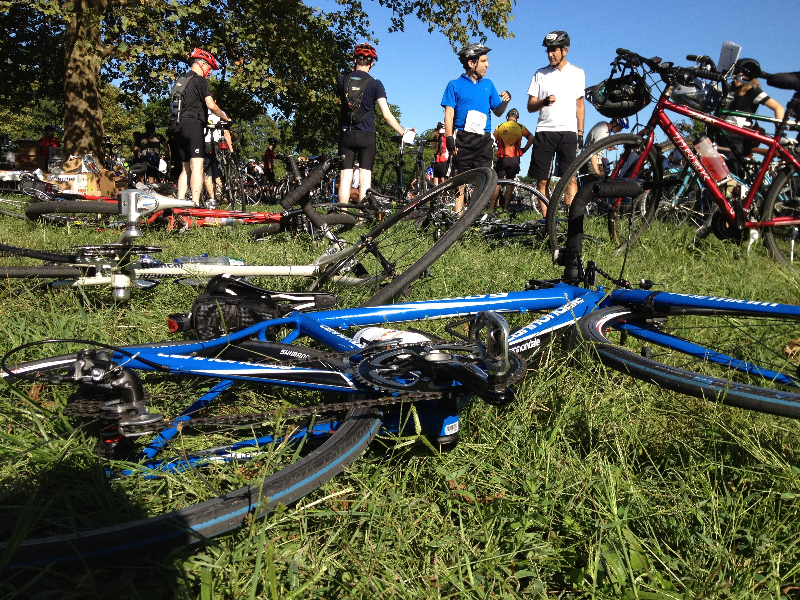 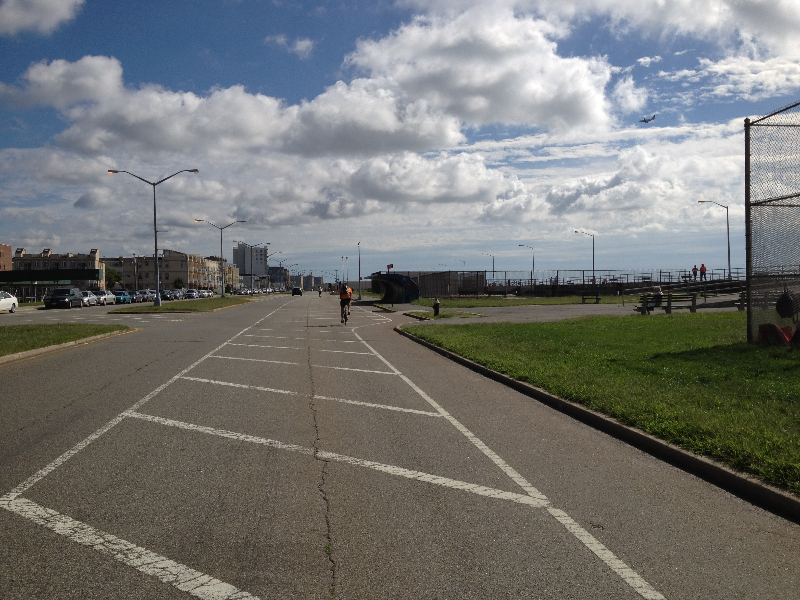 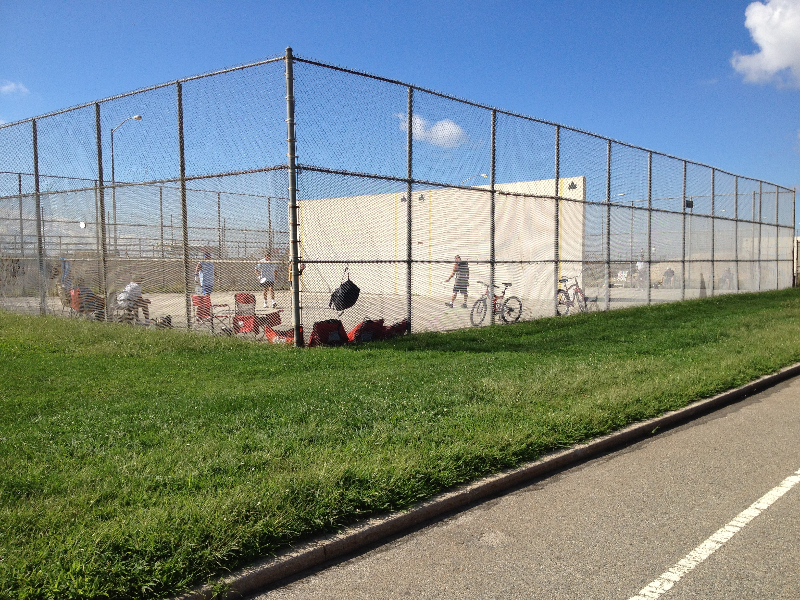 Speeding through the greenway 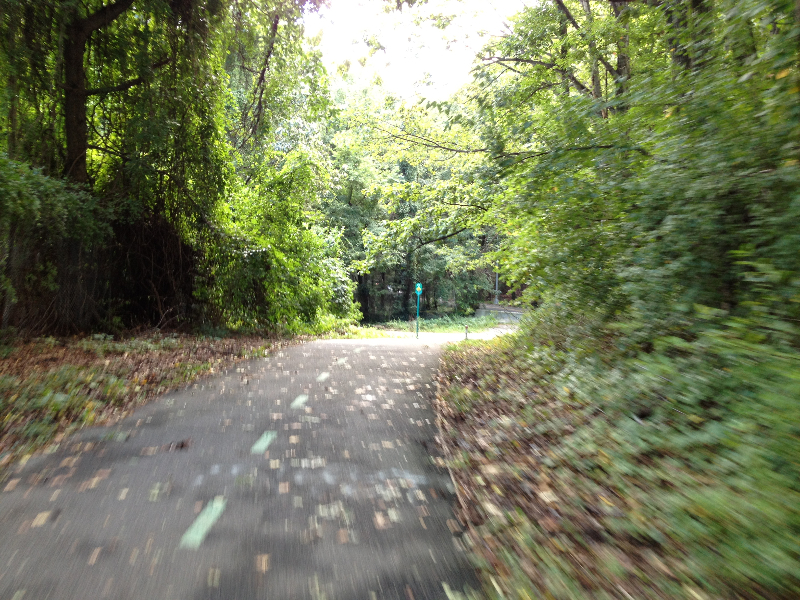 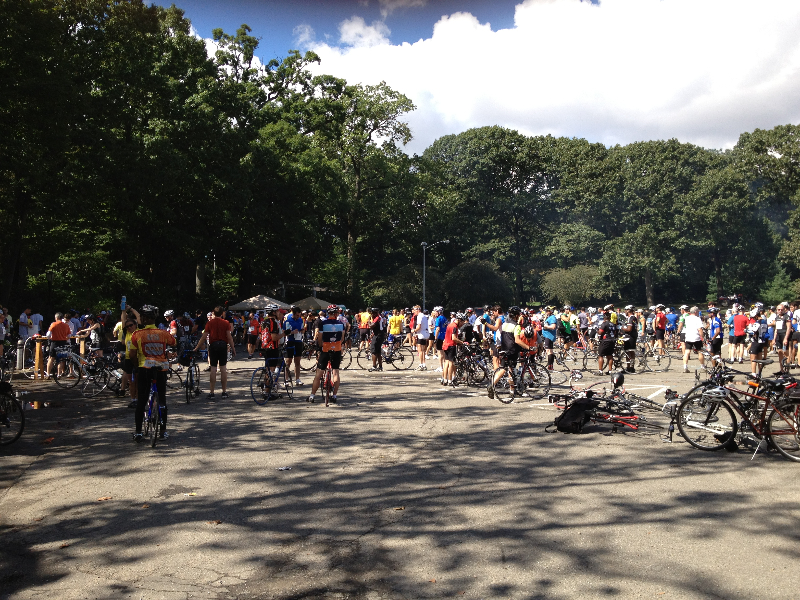 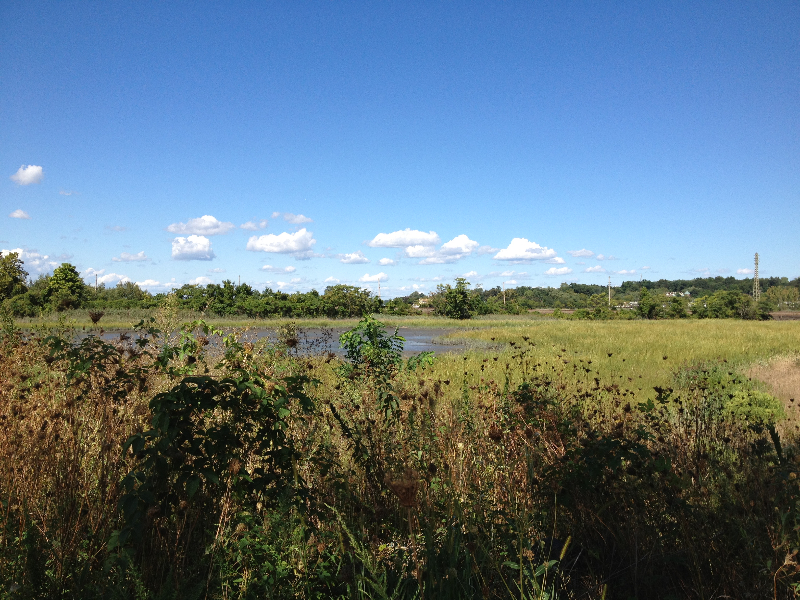 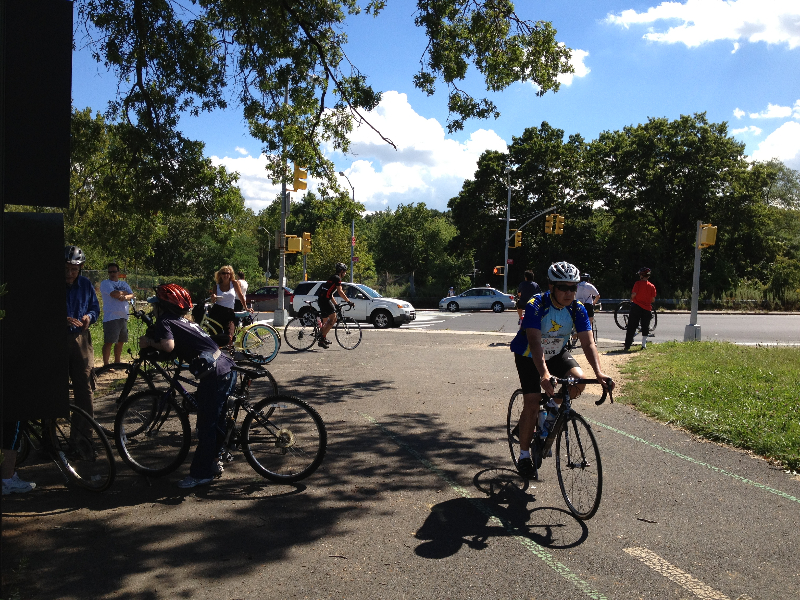 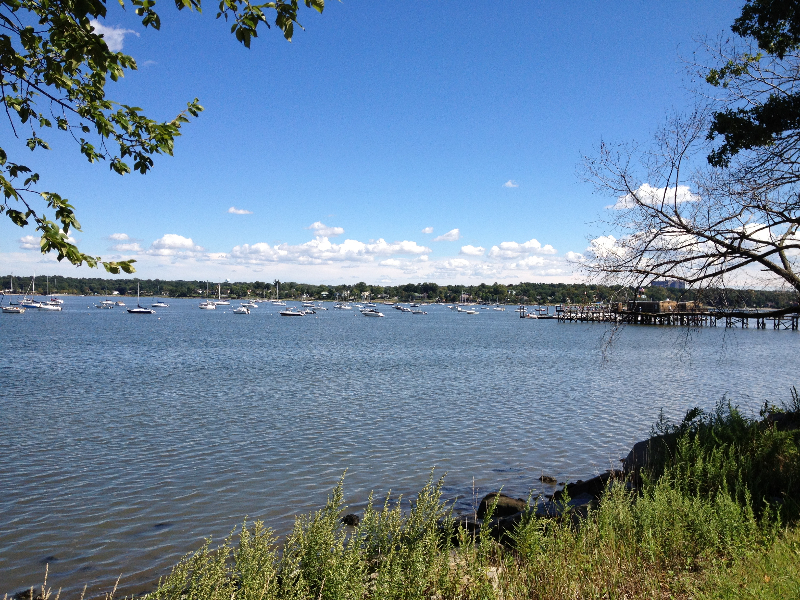 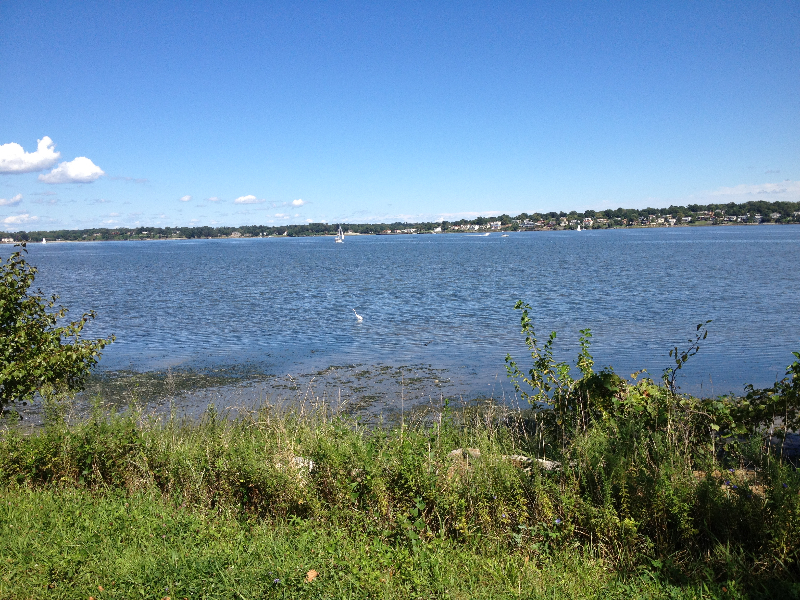 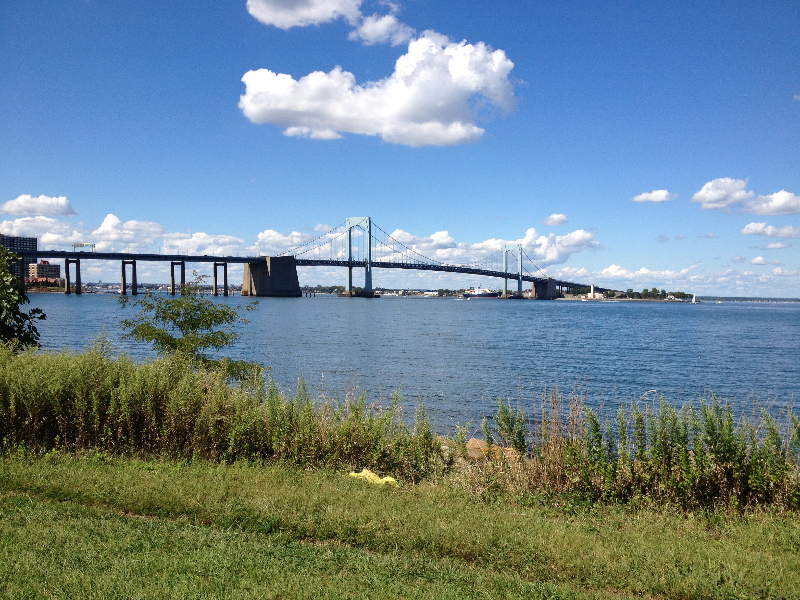 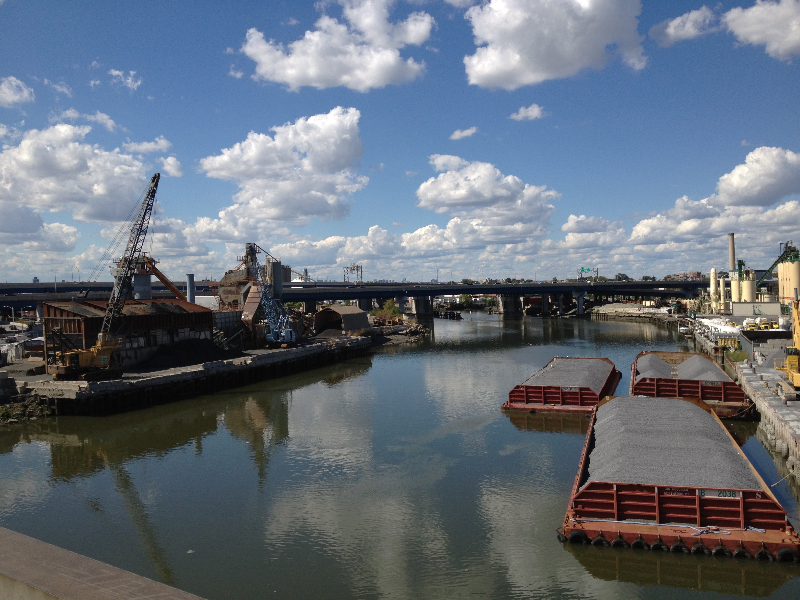 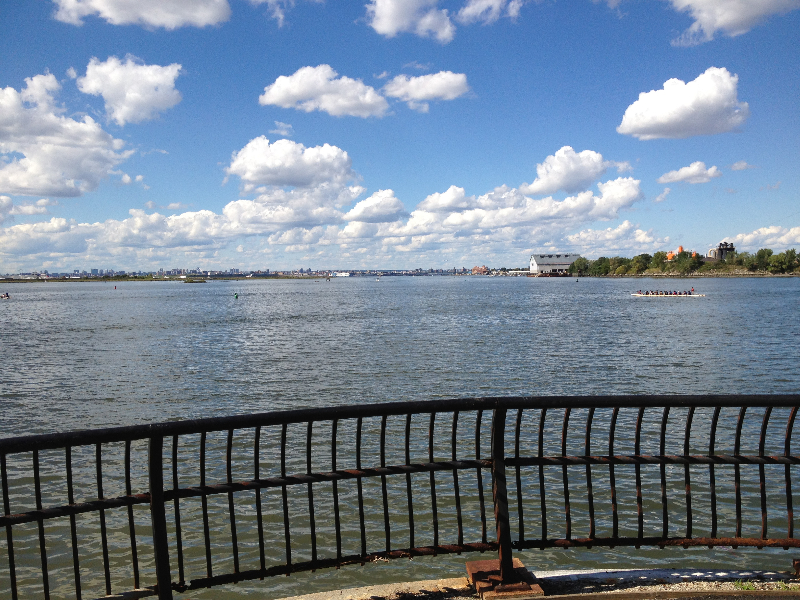 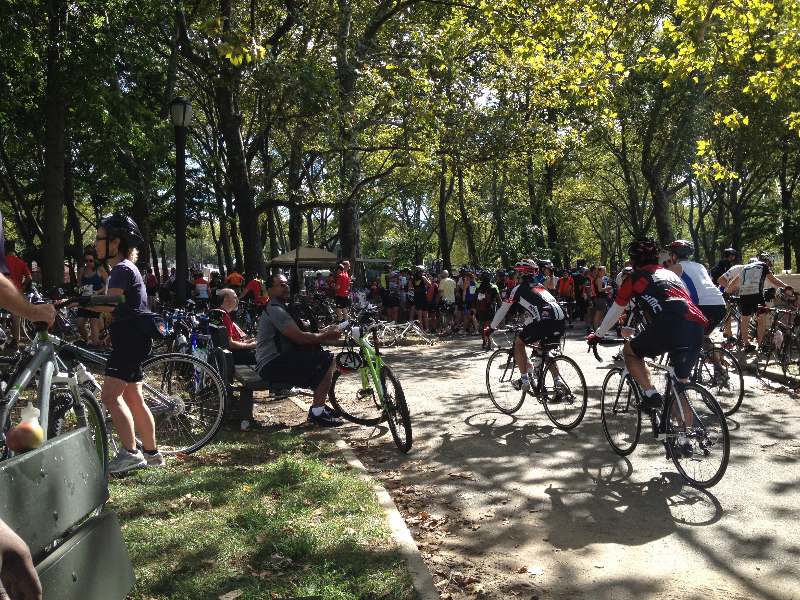 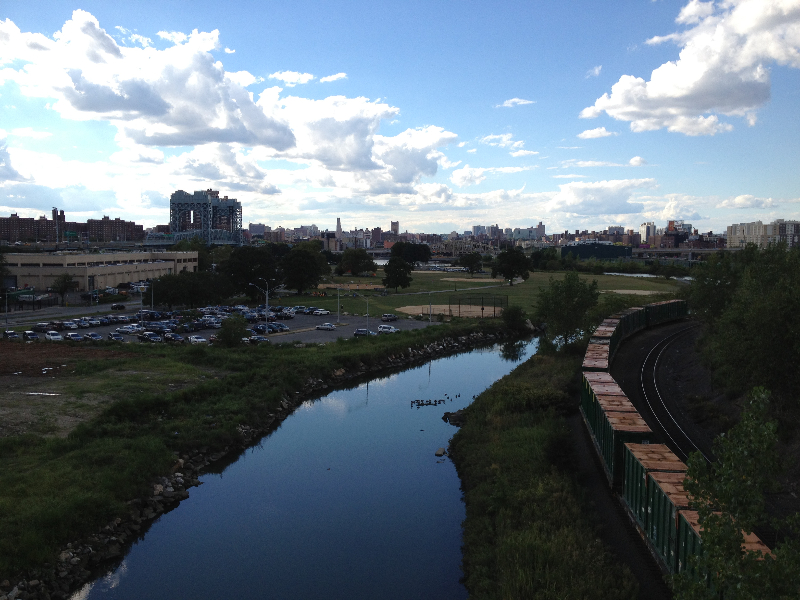 Triboro Bridge extension to The Bronx 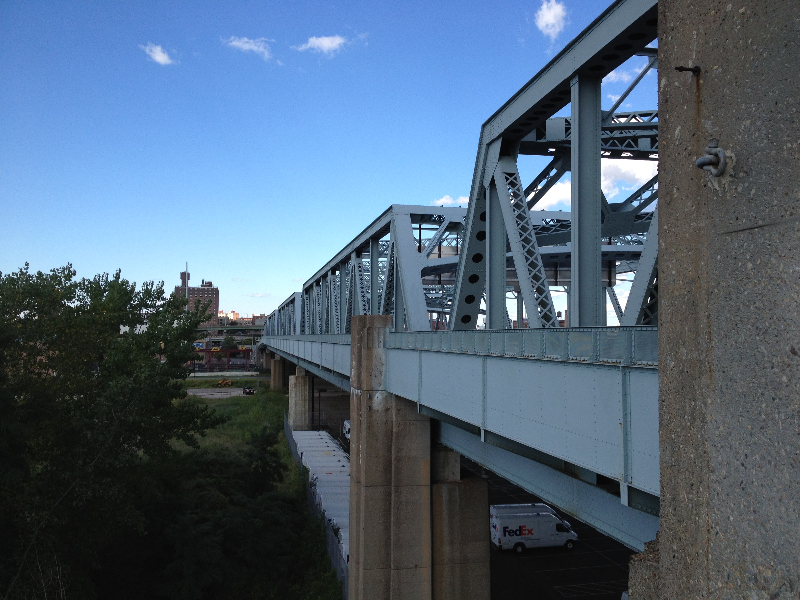 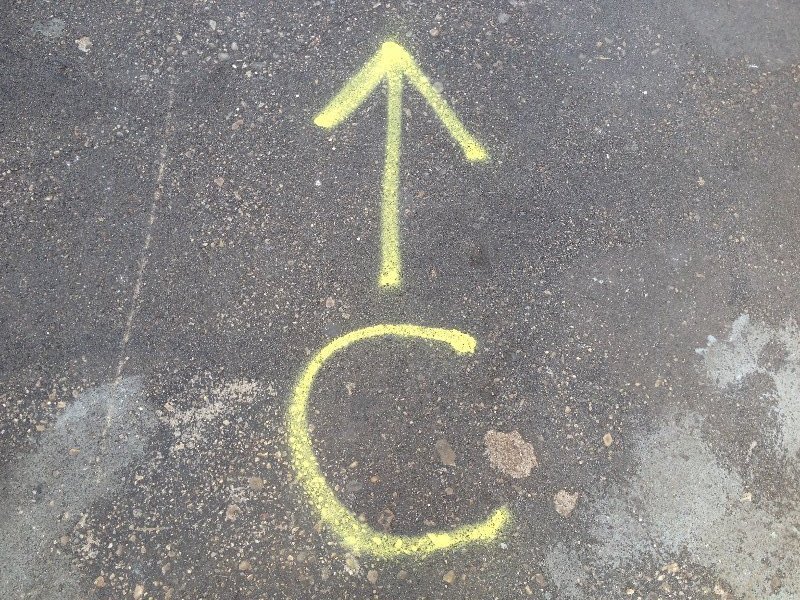 Riders from our pack 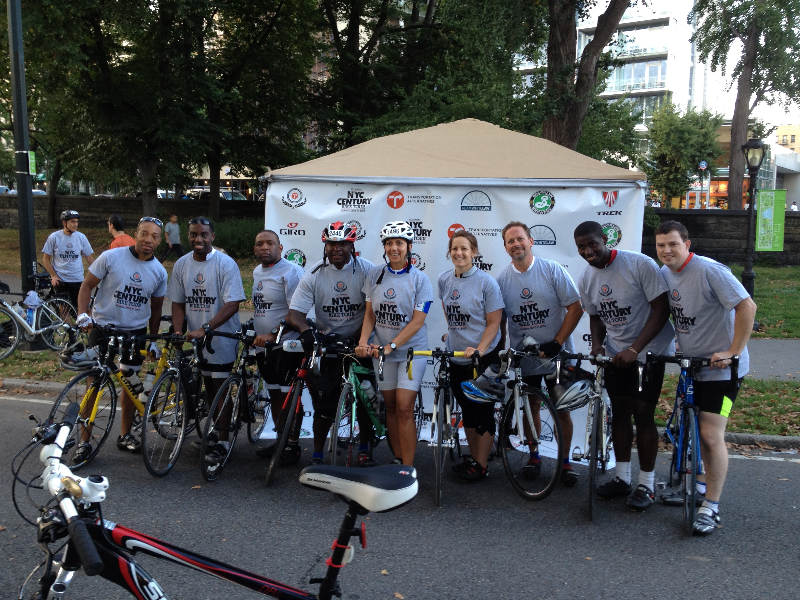 If you didn’t know I was preparing for my first century this year then you must have stopped following me on facebook and twitter. I’ve been inundating everyone around me with a barrage of cycling updates. Don’t rejoice yet…there’s still at least one more bike tour left this season (possibly two if I decide to ride the Tour de Bronx). On September 23rd I’m riding in Boston’s Hub On Wheels tour, which was the single most enjoyable cycling event of 2011. No matter how much fun the remaining 2012 tours are I’ll always remember 2012 as the year I pushed the envelope and rode a century+. On Sunday I completed all 106 miles of the NYC Century!

Some people randomly decide to ride extreme distances. Some make it through. Some don’t. Surprisingly few people actually train for long distance events. I knew there was no way I’d be able to ride the 106 miles of the NYC Century without a decent training regimen so I hit the pavement a few times a week. I spent shorter rides pushing harder and mixed in longer rides on the weekends which I had free time. Of course training in NYC is a strange thing — 20 miles at a 15 MPH average pace can be quite a workout. Traffic, stop lights, and busy intersections all requiring endless cycles of rapid acceleration and short stops — while trying to avoid being hit by NYC’s best drivers (cabbies). If you can hold a 15MPH pace over 20 miles in NYC conditions then you can easily ride a 20MPH+ pace over 50 miles of open country riding. These conditions — also present on the shared roads of the NYC Century — are what makes completing the complete NYC Century such an achievement.

Sunday was a fantastic day for a bike tour. The temperature was near perfect for riding, only getting really hot for a couple of hours in the afternoon. My buddy Rommel and I got a bit of a late start thanks to some last second hang-ups but we jumped in at a quick pace pushing an 19MPH average. It wasn’t long before we caught up to the 100+ mile riders. We made our first rest stop at the 35 mile mark after traveling from Manhattan’s Central Park to Brooklyn via the Brooklyn Bridge, through Prospect Park to the Brooklyn waterfront, and on through Coney Island. From here we went to Far Rockaway and on back to mainland Queens. Looping through Forest Park, Flushing, Cunningham Park, Little Neck, Whitestone, and then stopping for a while at mile 85 in Astoria Park. From here we headed to Randalls Island via the Triboro (ok RFK) Bridge. Then came the Bronx. I swear — those stories about walking up hill to school both ways was about a student in the Bronx. We spent 15 miles climbing, climbing, and climbing some more. Mind you at this point we were already more than 85 miles in and our sore bottoms and rubbery legs would have loved a long downhill section. We pushed through the Bronx hills (and traffic!) at a slow but steady pace. Then it was back to Manhattan for the evening home stretch to Central Park. In total the ride took 9 hours. No, we didn’t set any speed records — although we might have in the first 30 miles — but it was a great day and a great ride…and we were far from the slowest!

If you didn’t make it to the tour, are interested in the route, or just want to ride the tour on your own time, click here for a cue sheet of the 2012 NYC Century. There are yellow route markers on the pavement, arrows with a C, showing turns for the tour. They should still be visible for quite some time. For an example marker check out the pics above!

One Response to I Did It! 106 Awesome Miles Of The NYC Century!