Sandy Turned Out To Be A Huge B!tch 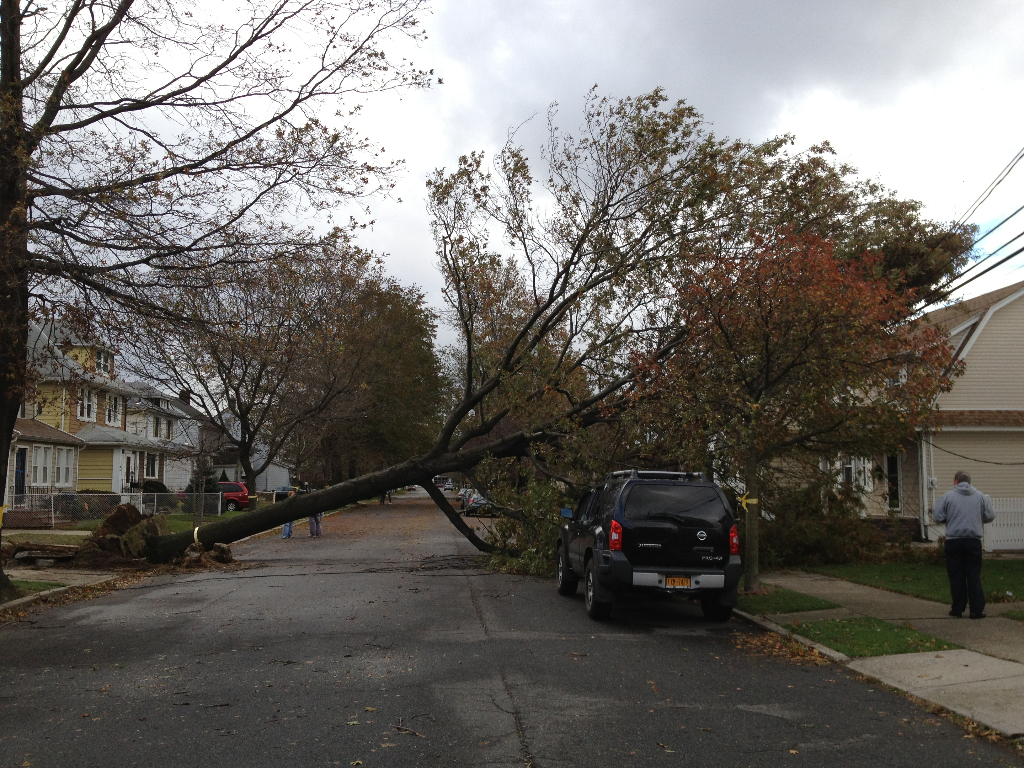 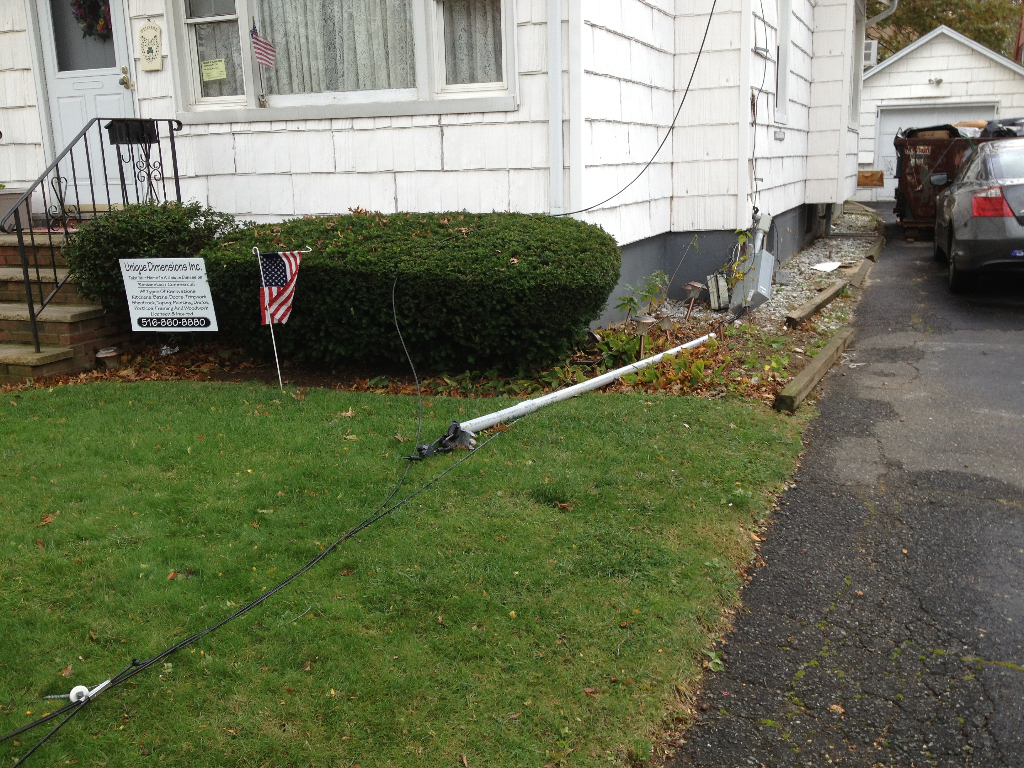 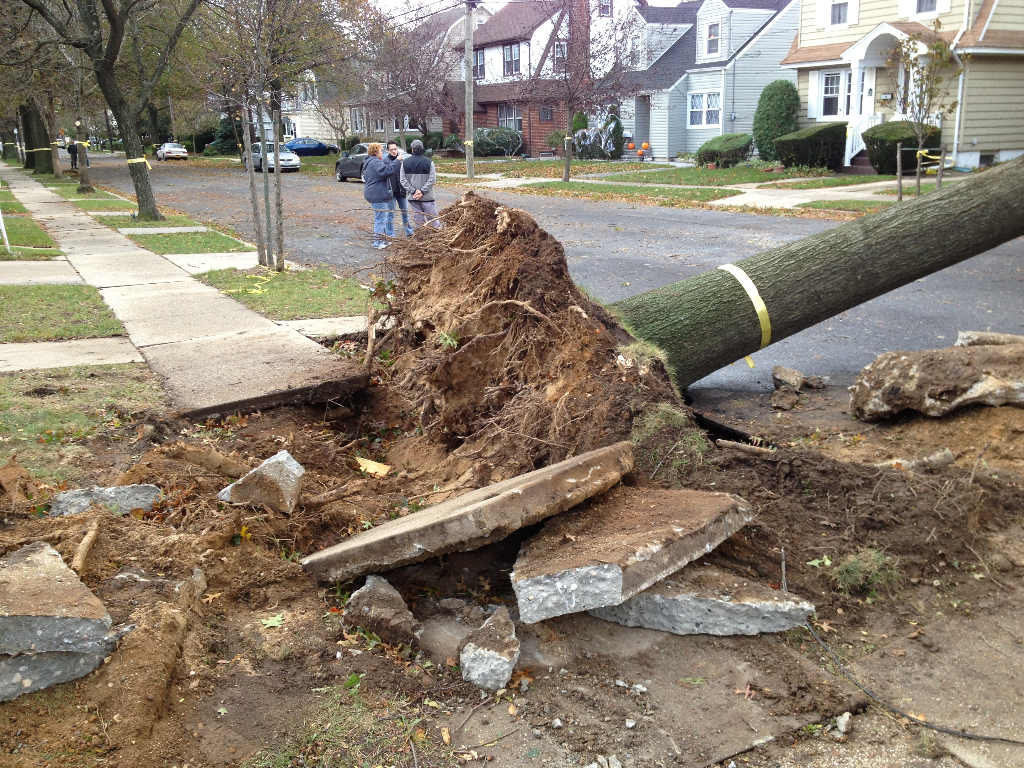 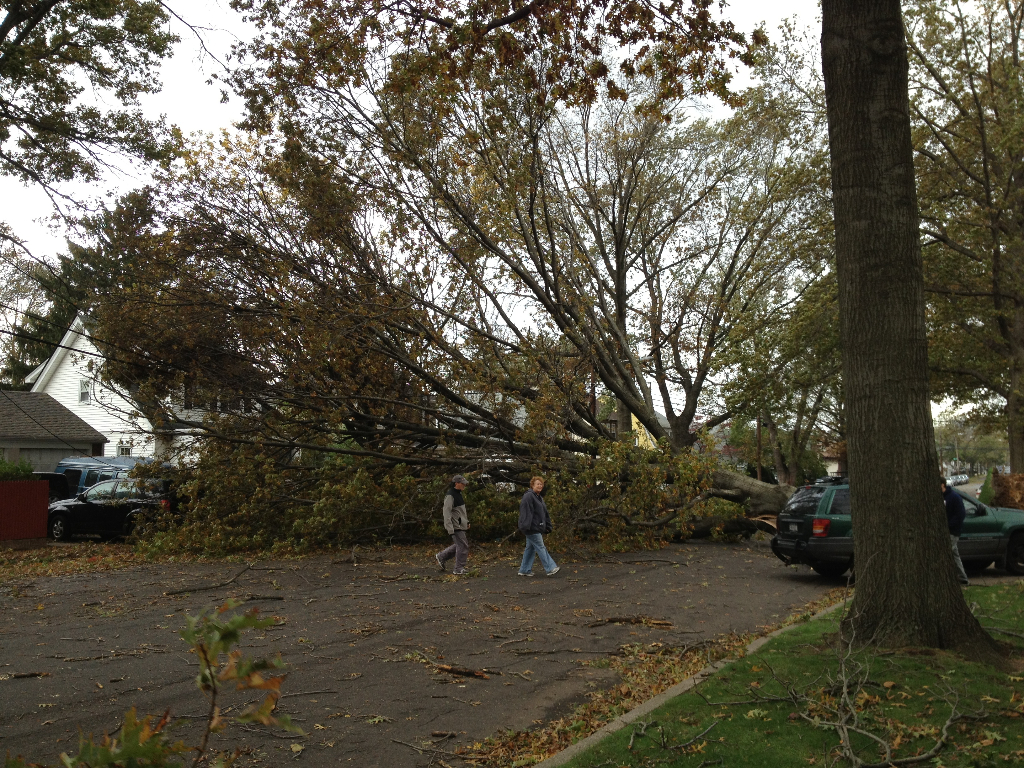 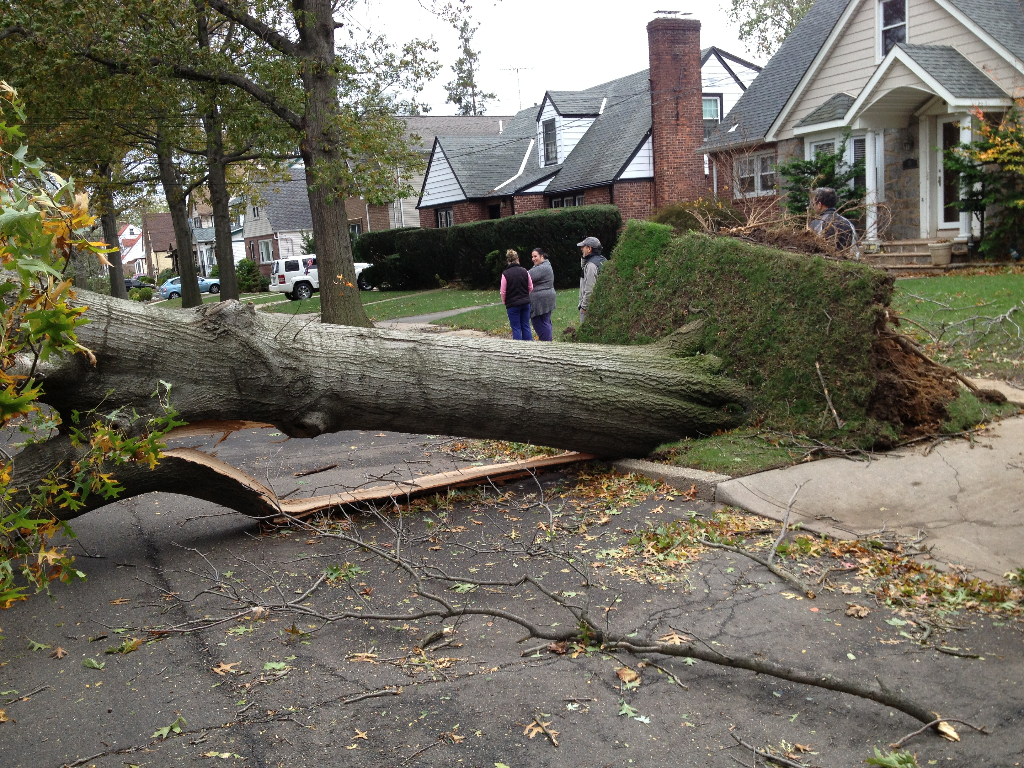 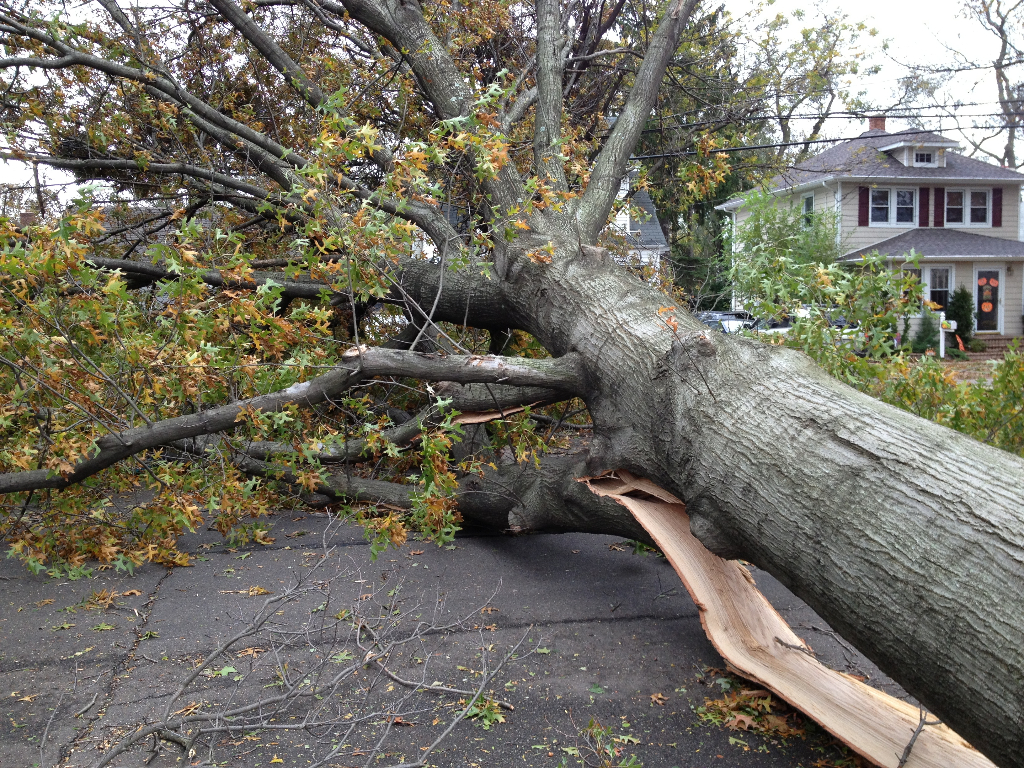 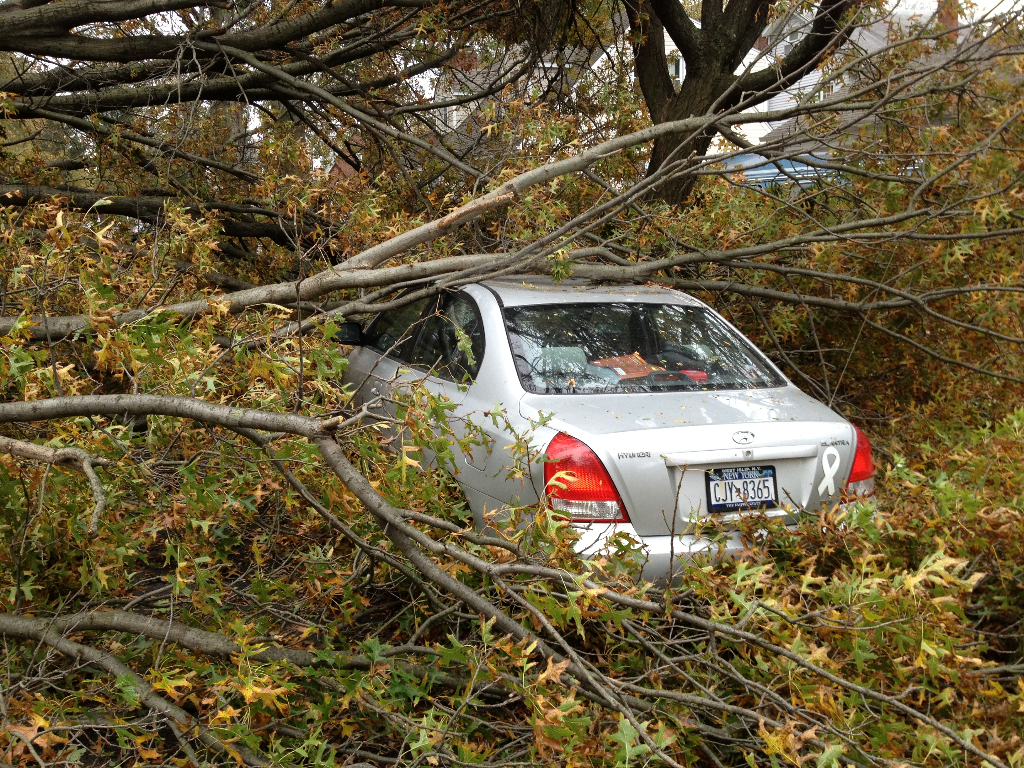 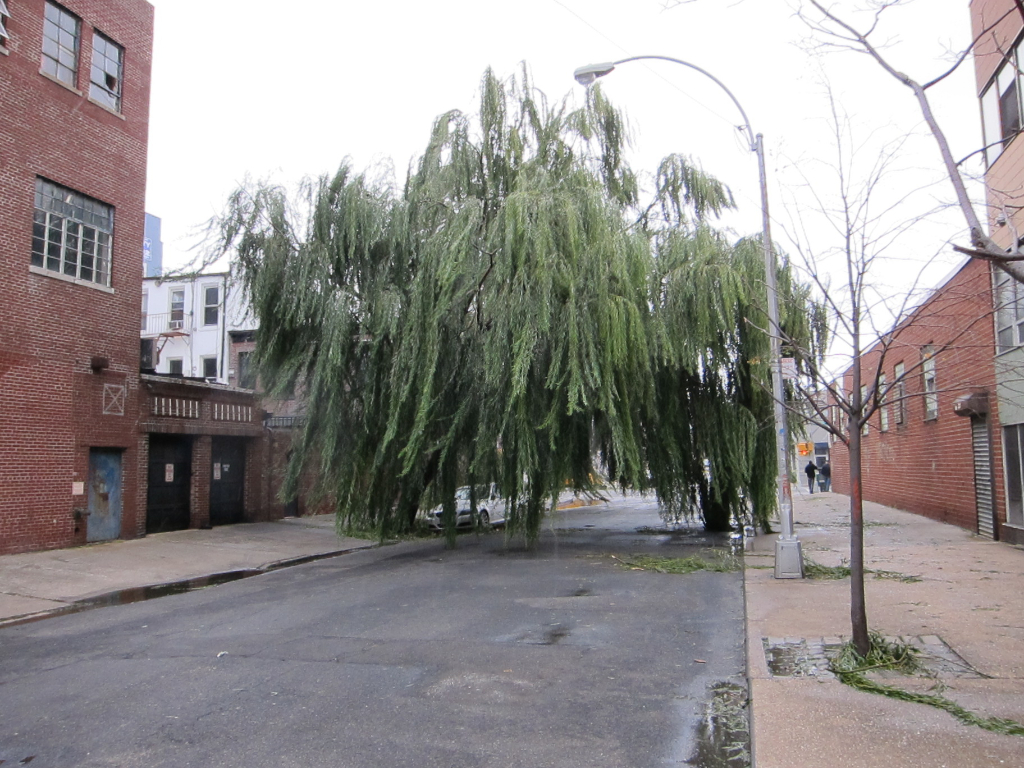 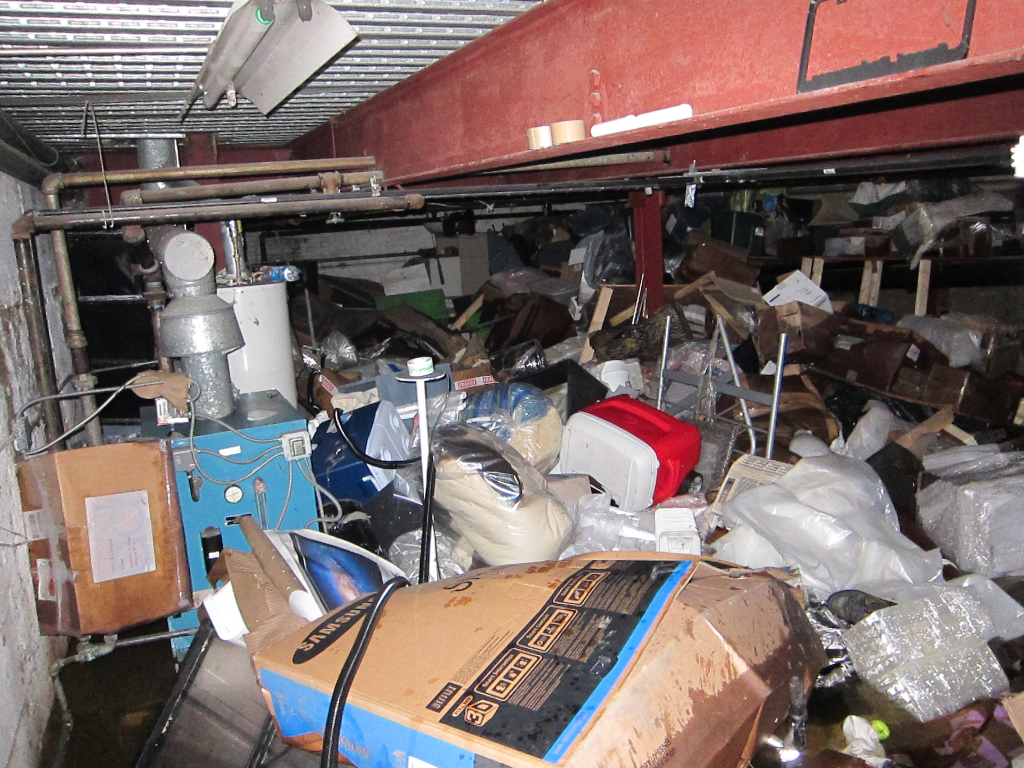 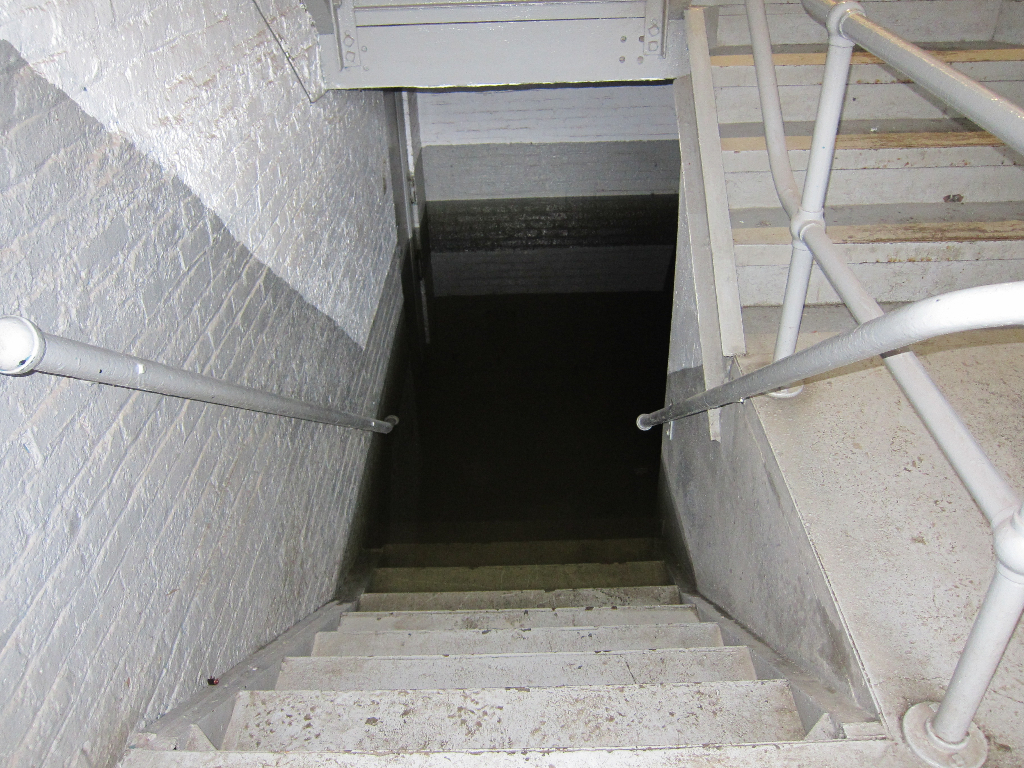 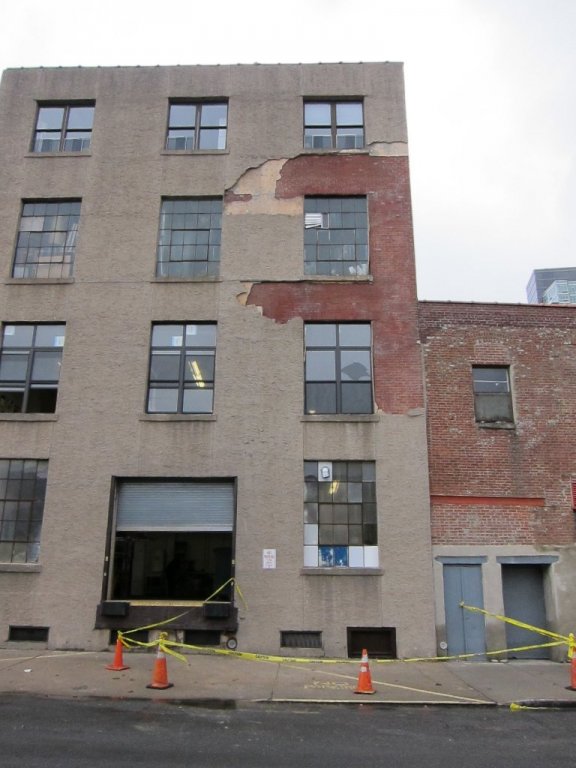 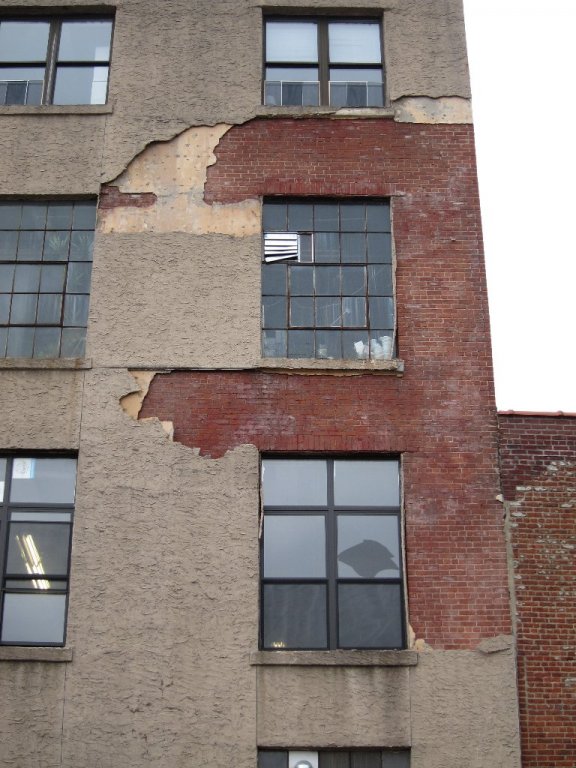 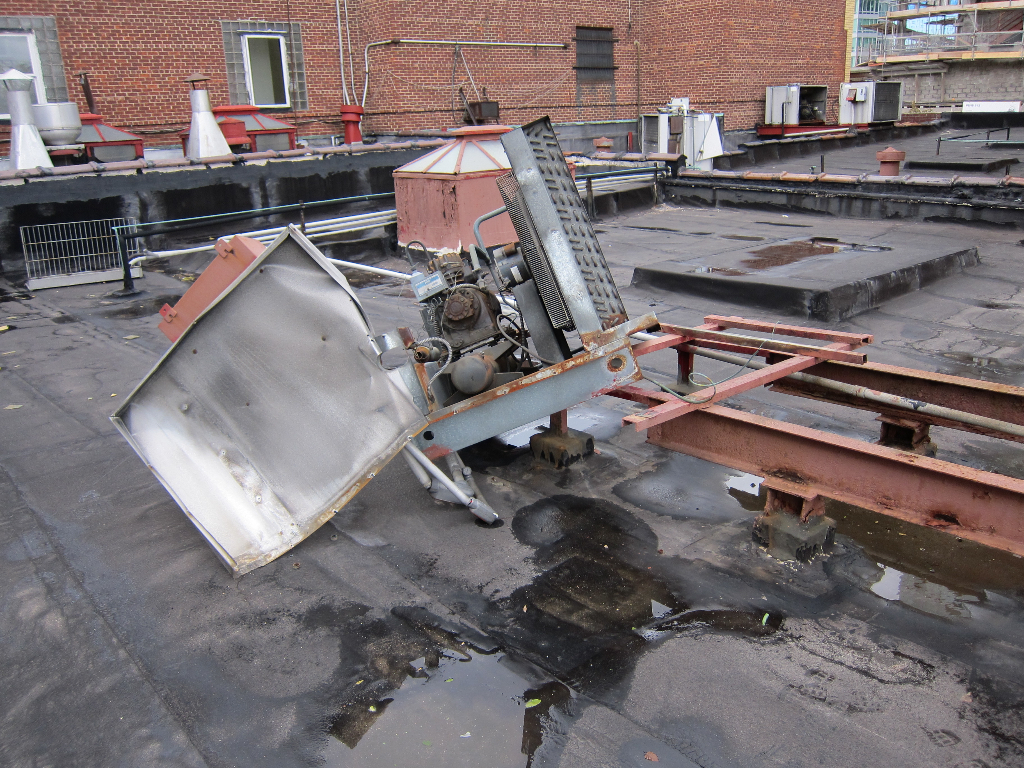 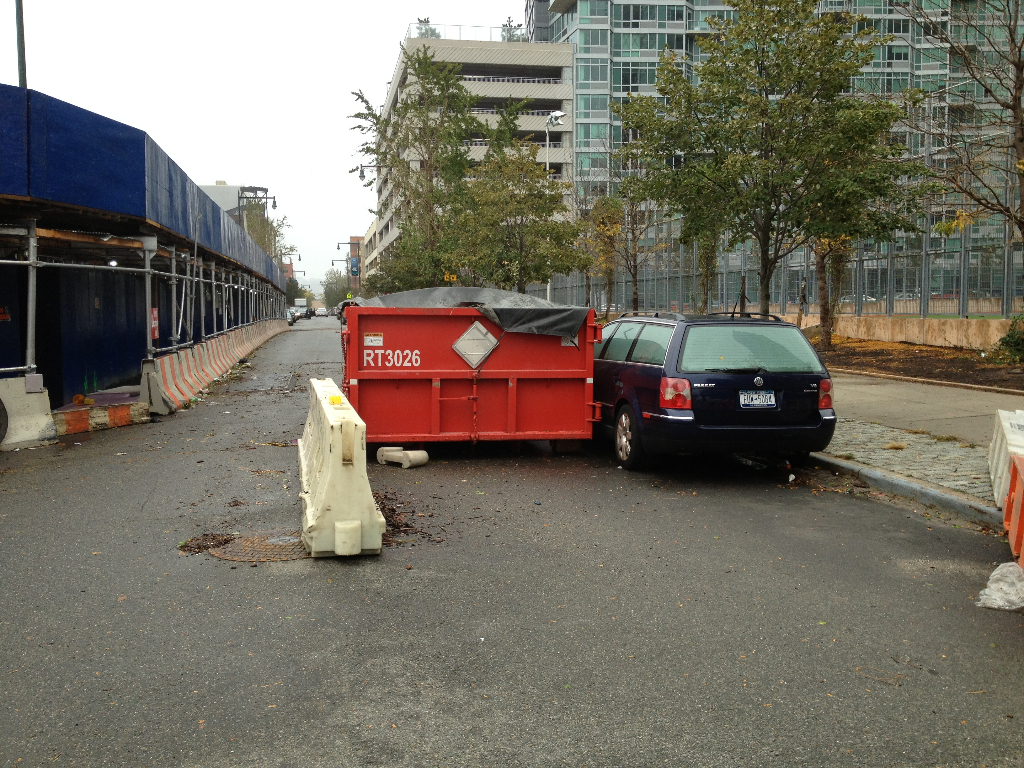 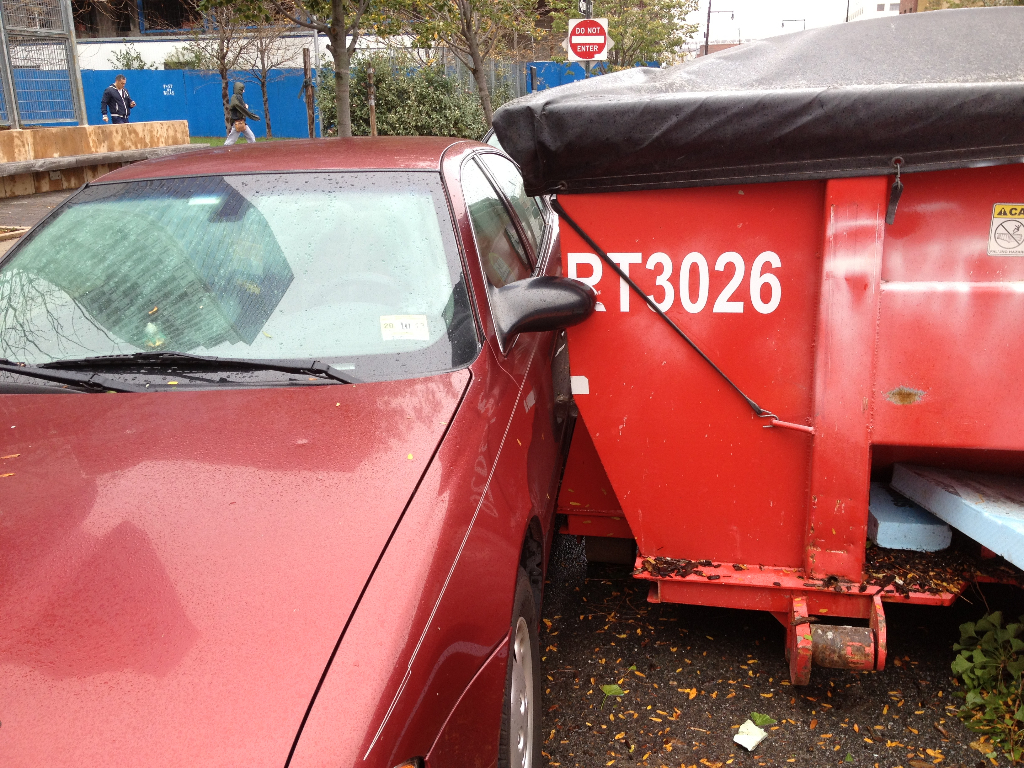 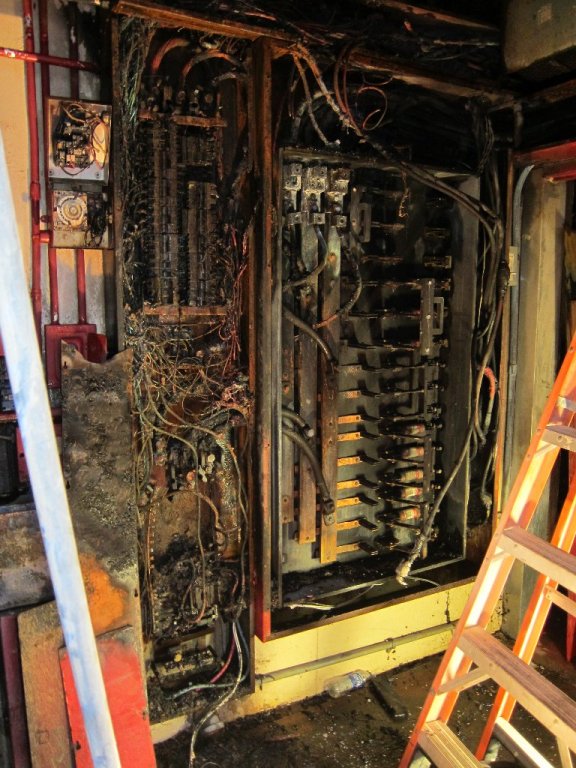 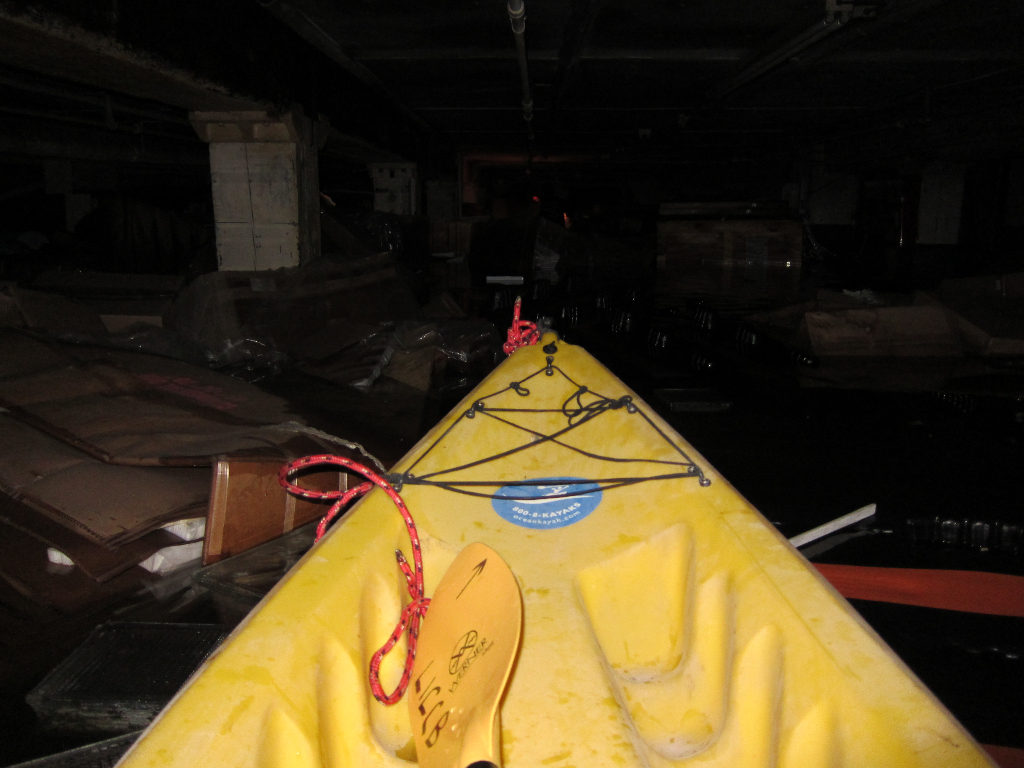 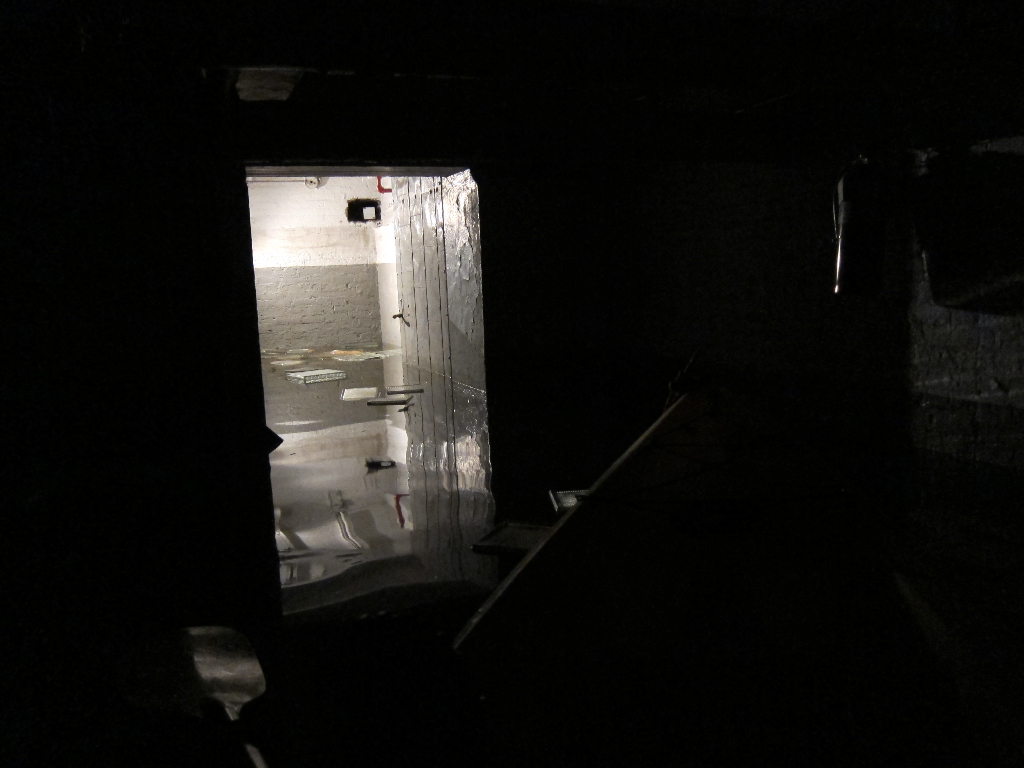 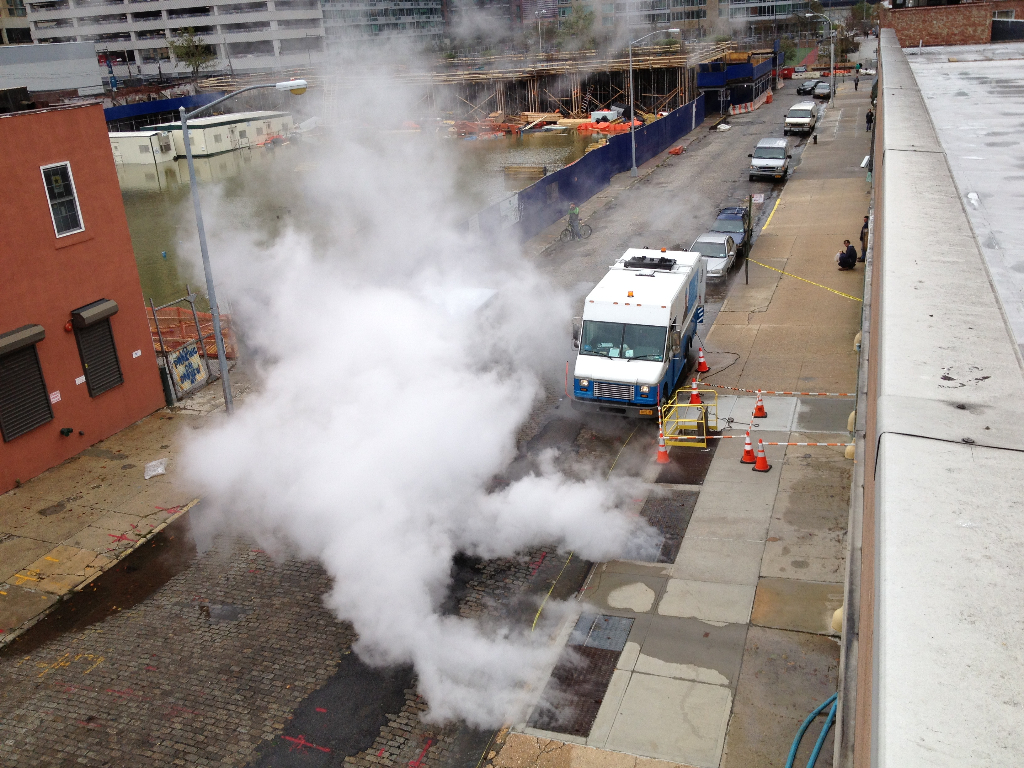 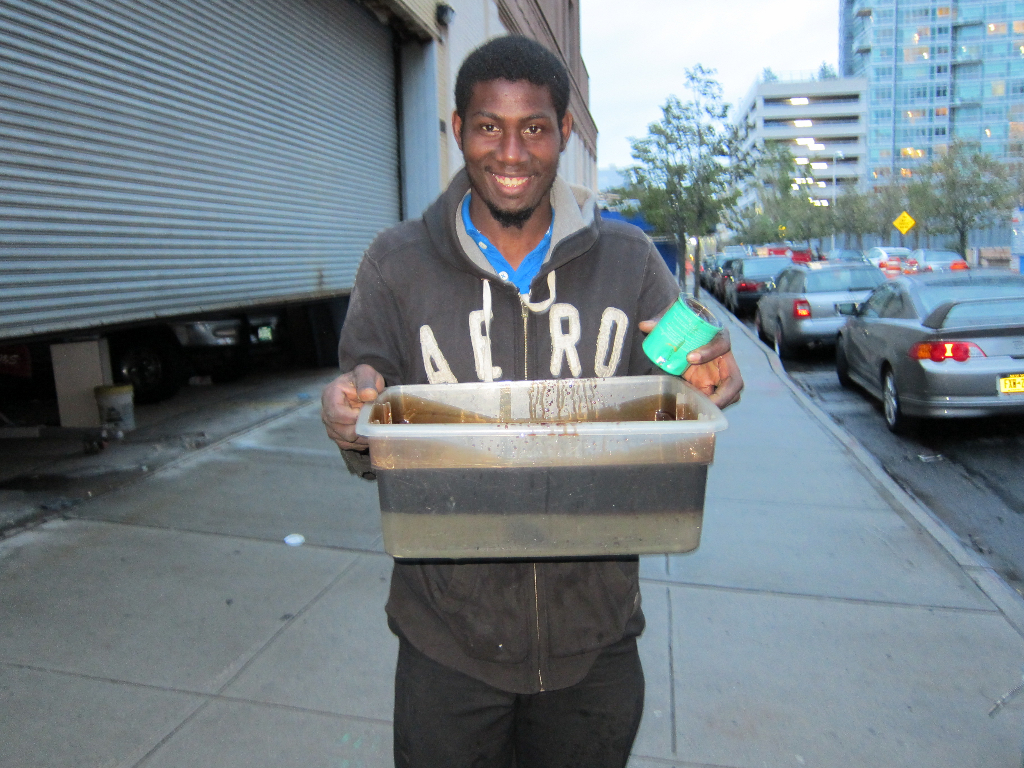 I had a feeling Frankenstorm was being over-hyped. Open mouth, insert foot. Hurricane Sandy turned out to be the real deal. I woke up this morning and headed out for a short walk to survey the damage. I didn’t have to walk more than half a block to find a tree down. Then another even larger tree down around the corner. Both took out power lines. This was the typical scene throughout Floral Park. Since I reside on the Nassau/Queens border my house has split utilities. Nassau electric (LIPA) and cable, NYC gas and water. 90% of LIPA customers are without Electric. Lucky us. When I got back to the house I fired up the generator and started to cleanup. Nothing major. Just the typical medium sized branches. I made short work of them with my trusty bow saw and then raked as much as I had the patience to rake. I swept and washed the rear deck and cleared off the cars. With the bulk of the cleanup done I headed into work. The roads were clear. Nothing much to see along the way…until I got within 3 blocks of the East River in Long Island City. Most of the roads near the river were closed. Tree’s and debris blocking passage. On 5th street there was a dumpster impeding traffic. The dumpster floated 2 blocks before getting snagged on the mirror of a car and sinking in place. The basements of nearly every building were under water. My employer, who owns real-estate throughout Long Island City, had 4.5 feet in the basement of their primary office/manufacturing facility and 6 feet of water in a neighboring property. Parts of the buildings had electric. The ceiling lights in my office worked. The wall outlets did not. What worked all depended on what was routed through the flooded basement. A third property on the same block which sits closer to the river had some of the most spectacular damage. An electric panel, which was completely submerged in salt water, caught fire and burned throughout the night until the mains were disconnected at 11am Tuesday morning. The stench of burning plastic was enough to knock you over. The building itself used to be an old meat smoking facility. It’s somewhat cavernous and quite unsettling to navigate in the dark — especially if you’ve been watching the TV show The Walking Dead. I half expected to encounter a hungry zombie. When I exited the front of the building I encountered my friends car. The interior was filled with water. The water line was near the top of the headrests. Later in the day we drained the engine — more water than oil. Will the car even start? We’ll find out soon enough. Back to one of the flooded basements. Myself and my boss toured the basement on a kayak. Extreme basement kayaking! There was so much debris we only made it about 70 feet before getting snagged on an island of cardboard boxes. You could already smell the stench of stagnant water. Needless to say work was anything but productive. When I finally got home I gassed up the generator and headed inside to watch TV. Cable was still out so I found some rabbit ears and tuned to the local news. Parts of the Rockaways burned to the ground. As Mayor Bloomberg put it, if it isn’t under water it’s one fire. The NYC aquarium was ravaged by flooding. Most shoreline communities are unnavigable. The sandy beach now sits on city streets. Over-hyped? I guess I was wrong. Inland we came out of the storm with little more than the inconvenience of a power outage. Near any shore it’s a war zone. «Shave The Stache For Sandy Cash (Ended -- $200 Raised!) The (un)Official NYC Oktoberfest Trail »

One Response to Sandy Turned Out To Be A Huge B!tch